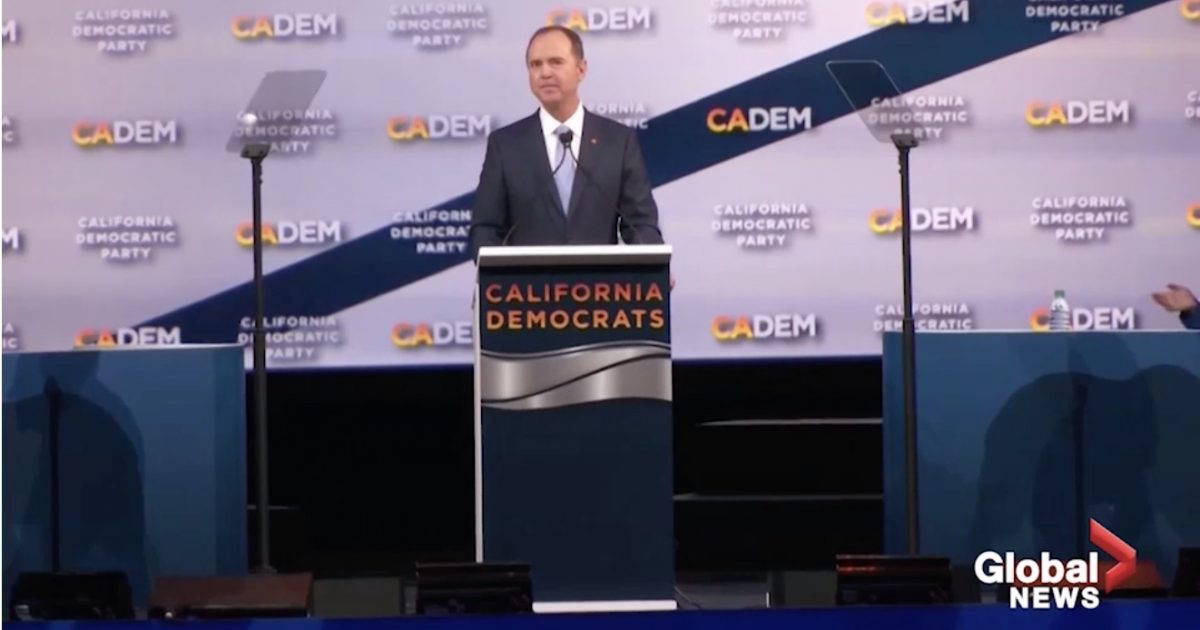 Schiff, the chairman of the House Intelligence Committee, is leading the impeachment inquiry by holding both secret and public hearings on President Trump.

During his remarks in Long Beach, California, Schiff called President Trump a “profound threat to democracy,” adding the president is a bigger threat than China or Russia.

Referring to President Trump, Schiff said, “The greatest threat to the life and the health of our democracy comes from within.”

Schiff proudly touted he urged Democrats to resist President Trump and followed up by calling the president a charlatan.

Rep. Adam Schiff: "There is nothing more dangerous than an unethical president who believes that he is above the law." pic.twitter.com/g40R5Lf2yi

Once again, Schiff is proving he is a partisan Democrat who detests President Trump.