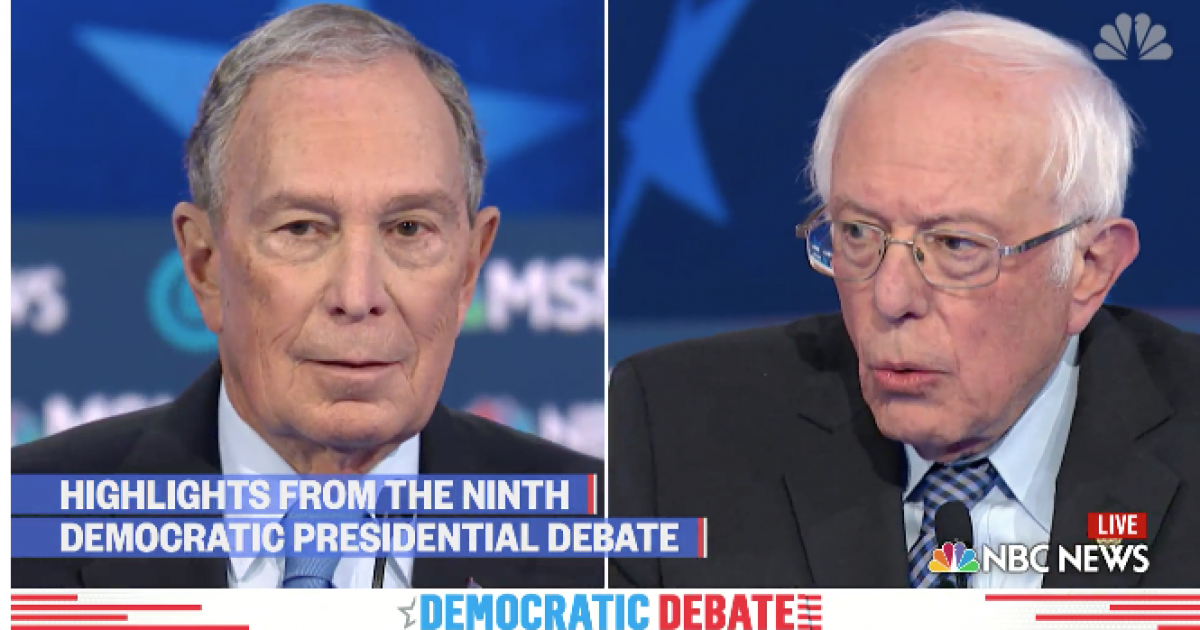 Bloomberg is trying to recover from his first debate in Nevada which was a disaster.

Even before tonight’s debate, Bloomberg is attacking Sanders on gun control.

Bernie has been weak on gun safety his entire career. He’s voted against background checks. He voted to give gunmakers immunity. He’s received help from the NRA.

This is not the record of someone who will save our country from gun violence. pic.twitter.com/FGncp9Fk1Z

In addition to gun control, Bloomberg is also blasting Sanders regarding the Senator’s comments on “60 Minutes.”

Fidel Castro left a dark legacy of forced labor camps, religious repression, widespread poverty, firing squads, and the murder of thousands of his own people.

But sure, Bernie, let’s talk about his literacy program. pic.twitter.com/3Xqu435uoA

In a Politico story, “Bloomberg’s debate strategy: Nuke Bernie,” Bloomberg’s campaign strategist said, “The debate tomorrow night and the campaign in general … needs to be about one candidate and that’s Bernie Sanders.”

Buttigieg criticized Sanders for viewing capitalism as the “root of all evil” and warned that attitude goes “… beyond reform and reorder the economy in ways most Democrats — not to mention most Americans — don’t support.”

He also attacked Sanders over his health care plan.

There is no doubt Sanders is going to be the focus of his competitors for the Democrat nomination.

Attacking Sanders now is the last best chance for Democrats to blunt his momentum before the South Carolina primary and the rapidly approaching Super Tuesday on March 3rd.