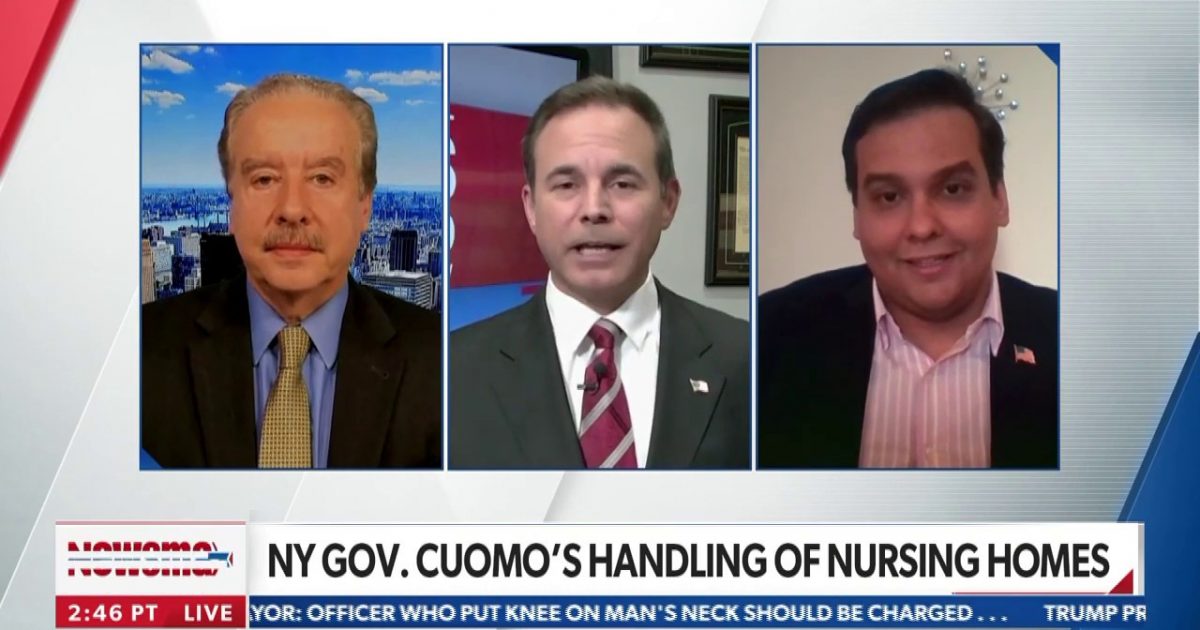 Under Cuomo’s watch, a New York State mandate was issued March 25 requiring nursing home residents to be readmitted even though they tested positive.

It’s reported over 5,300 nursing home deaths happened in New York due to the virus.

Shockingly, Cuomo continued the mandate until May 10.

Tom, also a Newsmax Insider, said “Cuomo’s decision to force people who had the COVID-19 virus into nursing homes led to the vast majority of over 5,000 deaths in New York State,” and that Cuomo’s decision was “totally inexcusable.”

During the discussion, Tom said “Cuomo did nothing to protect the elderly,” and that he “almost waged biological warfare against the elderly.”