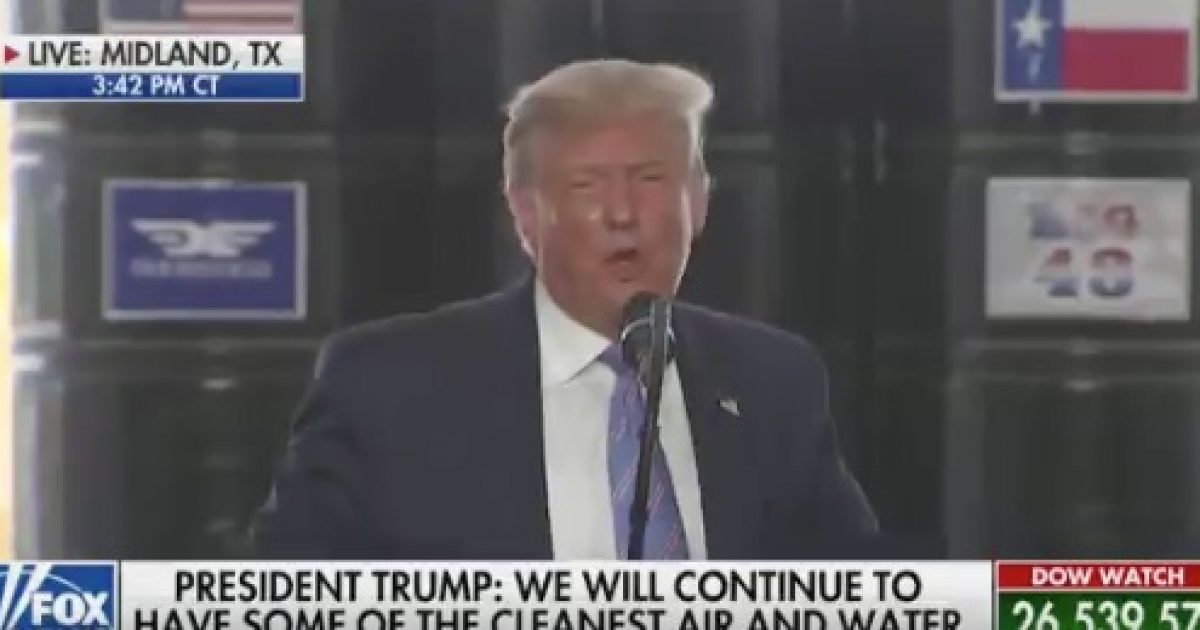 President Trump traveled to Texas on Wednesday to remind Texans and the country that radical Democrats would destroy the fossil fuel industry if former Vice President Joe Biden is elected.

In his speech, President Trump talked about withdrawing the U.S. from the Paris Climate Accord agreement and touted America’s energy dominance.

President @realDonaldTrump: The United States is now the NUMBER ONE producer of oil and natural gas on Earth pic.twitter.com/ZepsebHHe4

President Trump called out Democrats over their mission to do away with fossil fuels – coal, oil, and natural gas – which would “wipe out your jobs.”

President @realDonaldTrump: The Democrat Party will demolish not only the Energy Industry but the entire U.S. economy pic.twitter.com/NcZeXW6txi

While President @realDonaldTrump is fighting for workers, the Radical Left is fighting to abolish American energy, destroy the oil and gas industries, and wipe out your jobs. pic.twitter.com/mQG0CpDofd

Ocasio-Cortez gave a preview of Biden’s energy agenda on Twitter.

The Climate Task Force accomplished a great deal. It was an honor to serve as co-chair w/ Sec. @JohnKerry.

Among the notable gains: we shaved *15 years* off Biden’s previous target for 100% clean energy. https://t.co/pnLj7uufeg

Earlier this month, Biden announced his $2 trillion Green New Deal energy agenda and part of his plan is to ban gasoline-powered cars if he becomes president.

The ban on gasoline-powered cars can be found in his energy policy, “9 Key Elements of Joe Biden’s Plan for a Clean Energy Revolution.”

First on Biden’s list is a crackdown on carbon dioxide emissions including, “developing rigorous new fuel economy standards aimed at ensuring 100% of new sales for light- and medium-duty vehicles will be zero emissions.”

Also included is a plan to cut methane emissions from existing and future oil and natural gas extraction operations.

Millions of job losses and higher energy prices will be the consequences of a Biden presidency.

President Trump continues to fight for the forgotten men and women and the vital importance of America’s energy independence.