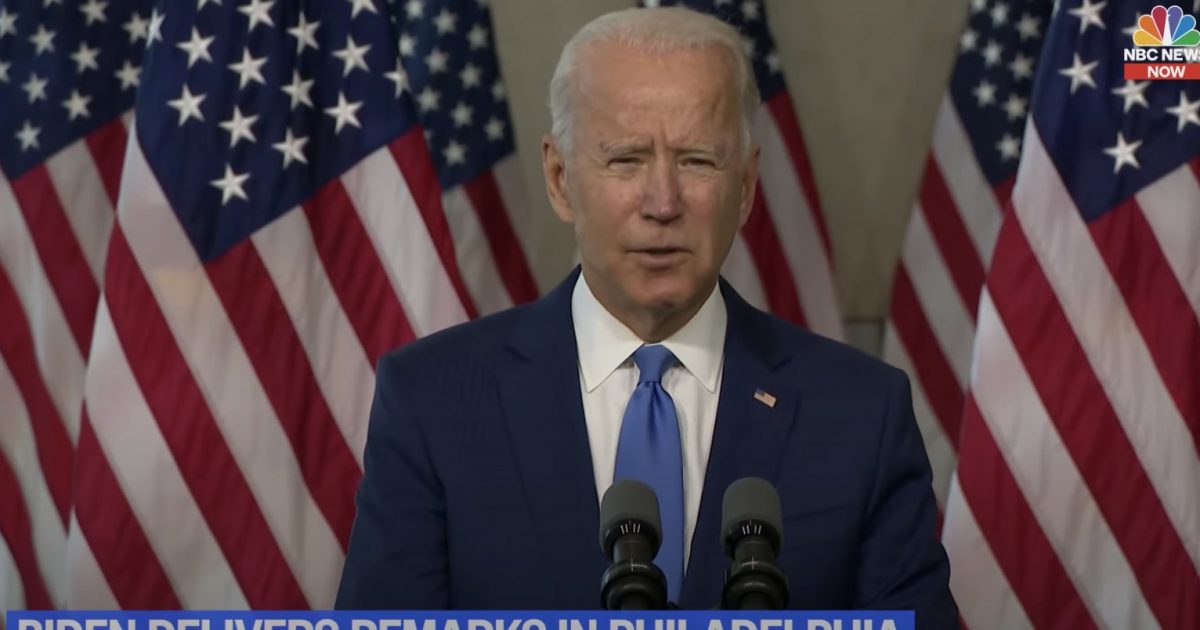 Biden made the flub while speaking at an event in Philadelphia over the weekend.

In June, Biden also had the number of COVID-19 deaths wrong.

“Now we have over 120 million dead from COVID,” Biden continued before correcting himself to say “120,000,” which was not captured by the pool cameraman.

That’s not all Biden flubbed in Philadelphia.

Biden claimed President Trump wanted him to release the names of potential Supreme Court justice nominees following the passing of Justice Ruth Bader Ginsburg on Friday, however, President Trump had previously made the request to Biden.

Joe Biden just claimed that President Trump only called for him to release his list of potential SCOTUS nominees after Ruth Bader Ginsburg passed away.

That is false, President Trump called for him to do so after he announced new additions to his own last week.

What Biden is saying is a total fabrication!

Joe Biden refuses to take any questions from the media and refuses to release his prospective SCOTUS nominee list.

The media is beginning to question Biden’s go-slow campaign strategy.

A CBS reporter questioned why Biden wasn’t out in the public campaigning more following the announcement of no public events over the weekend.

And yes I realize there's a pandemic and he shouldn't be out shaking hands. But he has a team of experienced people at his disposal to think up creative ways to campaign safely.

Comments responding to the reporter were posted on social media.

You're not sure? Many of us are sure.
1 He has dementia
2 He is in poor physical health and cant keep up
3 No teleprompter is going to overcome 1 & 2

Biden, along with his running mate Senator Kamala Harris (D-CA) didn’t take questions when they appeared together after he announced his vp pick and you can hear the media getting rushed out of the room.

Considering the flubs and mistakes made by Biden on the campaign trail, his handlers don’t want to expose him to the media because they have no idea what he might say next.