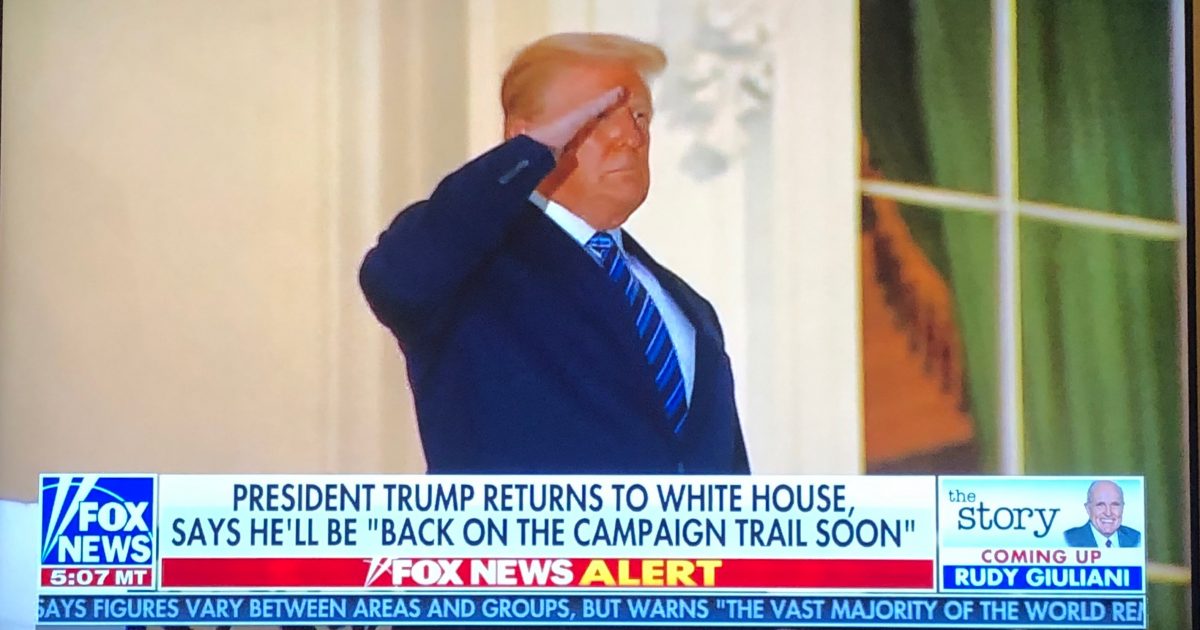 President Trump traveled back to the White House on Marine One.

President Trump returns to the White House aboard Marine One.

The president briefly stood on the balcony and removed his mask and the anti-Trump media went wild with their criticism.

Rather than well-wishes for a speedy recovery, the anti-Trump media launched numerous attacks against President Trump.

Breitbart reports Brzezinski asking, “At some point, isn’t this manslaughter?”

And Geist criticized the president, saying, “He did not project strength up there.”

“He was labored in his breathing,” @WillieGeist says on Pres. Trump’s return to the White House.

“He did not project strength up there. He projected ignorance by not wearing his mask, and he showed to the world how serious this disease is.”https://t.co/C0n6SEHoAT

CNN’s Erin Burnett likened the scene to “something out of North Korea,” and the network’s Dr. Sanjay Gupta commented, saying, “this is just reckless to put people in this sort of situation.”

President Trump still infected with the virus *takes off his mask.* pic.twitter.com/nRzpUWI2Yf

NBC’s Andrea Mitchell criticized President Trump for removing his mask, saying, “I have no words.”

.⁦@realDonaldTrump⁩ returns to the White House and immediately takes off his mask. I have no words pic.twitter.com/8Arq8atI0M

The anti-Trump media hatred for the president was clearly evident in their reaction to his return to the White House.