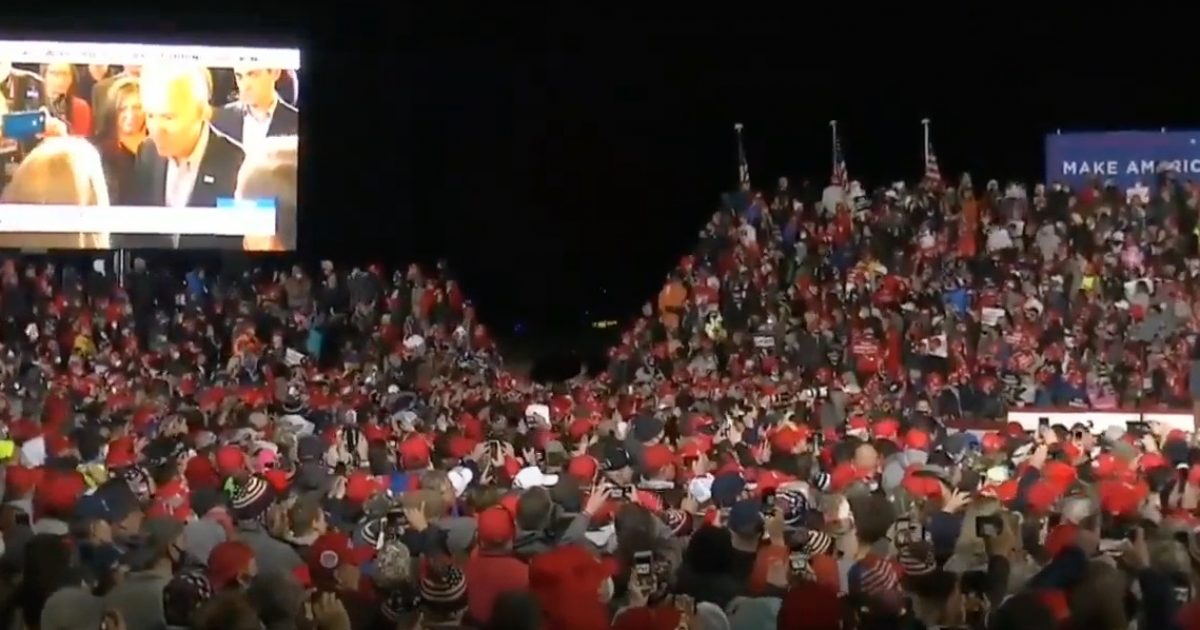 Biden is on record numerous times vowing to eliminate fracking.

Earlier this year on the campaign trail in New Hampshire, Biden responded to questions about ending fracking and pipeline infrastructure.

However, both candidates have flip-flopped on fracking.

Democratic presidential candidate and former Vice President Joe Biden again said he does not want to ban fracking during an ABC town hall Thursday night, adding, though, that “it has to be managed very, very well.”

.@JoeBiden will not ban fracking. That is a fact.

President Trump let a video speak for itself.

During his speech in Pennsylvania, a highlight reel of Biden and Harris was shown to the huge crowd with each of them saying they would ban fracking.

Energy is the lifeblood of our economy and Pennsylvania is a major energy-producing state.

The energy industry – coal, oil, and natural gas – supports approximately 370,000 jobs in Pennsylvania, and the industry contributes about $50 billion each year to the state’s economy.

Hardworking Pennsylvanian families rely on cheap, reliable, affordable fossil fuels for their energy needs especially for home heating where 71 percent of homes use natural gas, propane, or fuel oil as their primary source of heating.

Because of fracking, natural gas prices have dropped approximately 40 percent in Pennsylvania, resulting in lower energy prices for businesses and families.

Today, Pennsylvania is the nation’s second-largest producer of natural gas and the fracking industry has resulted in job growth and higher incomes for Pennsylvanians.

There are other benefits from fracking in Pennsylvania including billions of dollars in tax revenue for the local and state governments.

A Biden-Harris administration would dismantle the fracking industry, kill thousands of jobs, and would drive up energy prices for Americans and businesses.