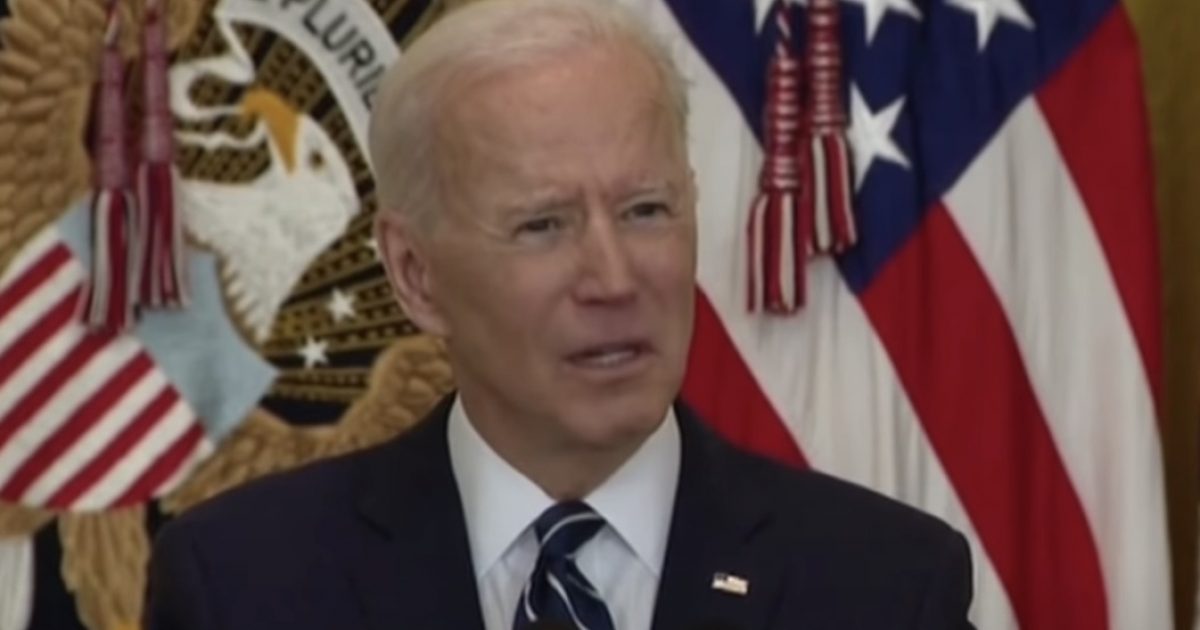 President Biden and the media were slammed over Thursday’s White House press conference.

This was the president’s first press conference since taking office 65 days ago and only 25 reporters were present.

President Biden repeatedly referred to notes from a binder and on note cards and called on reporters from a predetermined list complete with their photos.

President Biden referenced “cheat sheets” detailing key policy points and the identities of attending journalists when he conducted the first formal news conference of his presidency on Thursday.

President @JoeBiden brought notes and a pamphlet with photographs of the journalists in attendance to his first press conference.

Some of the reporters had numbers next to their names.https://t.co/vRIGoPnA7X

President @JoeBiden held his first solo press conference on Thursday— but not everything he said was completely accurate.

Despite receiving generally favorable reviews for the appearance, he made some misleading or false statements.

President Biden lashed out at a reporter after being pressed for more answers over a follow-up question about the southern border.

Cecilia Vega got two follow-ups and after she asked about whether kids will be allowed to stay in the U.S., she brought up the horrid conditions at CBP facilities, leading Biden to lash out: "Is — that's a serious question, right? If it's acceptable to me? Come on." pic.twitter.com/eIgaHc9Vaj

Ingraham also slammed the media by comparing their treatment of former President Trump versus President Biden.

The White House press corps had their first chance to ask Joe Biden questions since he took office 65 days ago.

They did nothing but lob him softballs and never offer any pushback whatsoever. https://t.co/fL6VNnC2kO

Critics pointed out President Biden’s lack of transparency on the timing to allow the media access to illegal migrant border facilities and that he lost his train of thought several times during the press conference.

Biden REFUSES to say when he'll be transparent about the border crisis:

"I will commit to transparency as soon as I'm in a position to implement what we're doing right now."

Reporter: "How soon will that be?"

So… @JoeBiden's press conference is going just about how you'd expect. pic.twitter.com/8V7stcpueW

Incredible awkward moment as Joe Biden struggles to find which hand-picked reporter to call on next from his list… pic.twitter.com/LWB3QcXyIE

The constant lies and deceptions of @JoeBiden are beyond obvious at this point… https://t.co/Rjj7I9JyQA

The outcome of President Biden’s first press conference is not surprising considering how the media shielded him throughout the presidential election.

It is now clear that President Biden is not capable to lead the U.S. and that fact was not missed by our adversaries that are making the world a much more dangerous place.