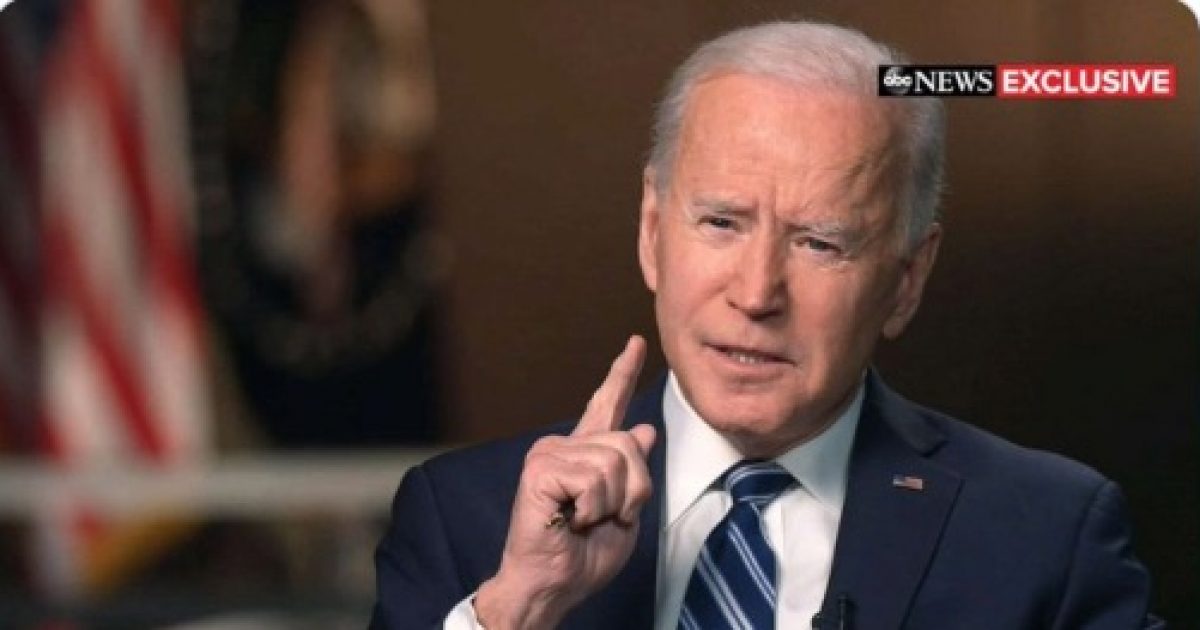 President Biden is backing changes to the Senate filibuster rule that would fundamentally change the way the legislative body operates.

Biden wants the filibuster to return to the way it was used when he became a Senator.

During an interview with George Stephanopoulos on ABC News, Biden said he supports a change that would require a Senator to verbally speak on the Senate floor as the mechanism to delay a final vote on legislation.

“You had to stand up and command the floor, you had to keep talking,” Biden said.

EXCLUSIVE: @GStephanopoulos: "You're for bringing back the talking filibuster?"

Pres. Biden: "I am. That's what it was supposed to be…Democracy's having a hard time functioning." https://t.co/DeGk3soQJ4 pic.twitter.com/mS63KN3pYt

The filibuster as it is used today requires 60 Senators to support a final vote on a piece of legislation.

It’s essentially a way to ensure that almost two-thirds of the Senators agree on legislation.

Top Republican in the Senate Mitch McConnell criticized any changes to the filibuster.

Biden supported the change based on his view that the filibuster is making it difficult for democracy to work in the U.S.

It’s clear Democrats feel the filibuster is the Senate rule standing in the way of them pushing through their radical legislative agenda.

Without the filibuster, Democrats can pass laws with Vice President Kamala Harris breaking the 50-50 political split in the Senate.

Legislation such as HR 1 would change voting laws in the U.S. and could pass, which would give Democrats a huge advantage in future elections.

Now in power, Democrats will do anything to keep it including changing the rules to essentially guarantee their control of the federal government for decades to come.