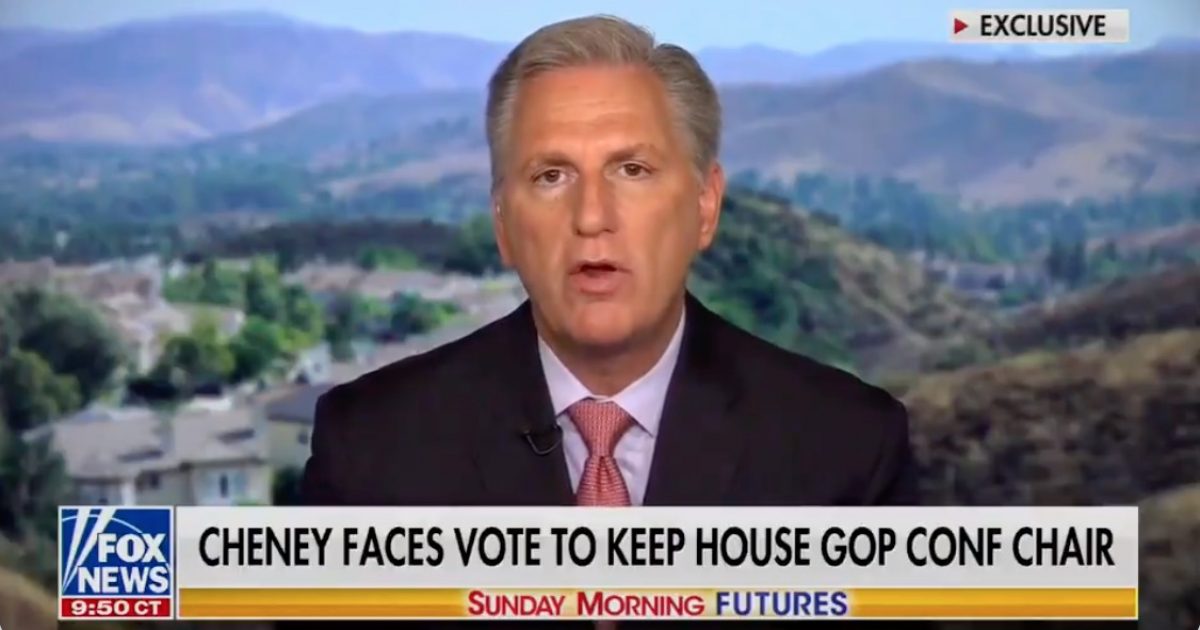 In response to a direct question from Bartiromo regarding if he supports Stefanik, McCarthy said, “Yes, I do.”

Thank you @GOPLeader for your endorsement for House GOP Conference Chair.

Together, as one team, we will stand up for the American people and #FIREPelosi in 2022. pic.twitter.com/zUhv1h4K71

Cheney is under pressure from Republicans because of her vocal criticism of former President Trump especially over the riots on January 6.

More recently, Cheney challenged the idea the election was stolen and called it “The Big Lie.”

The 2020 presidential election was not stolen. Anyone who claims it was is spreading THE BIG LIE, turning their back on the rule of law, and poisoning our democratic system.

It sure looks like Cheney’s leadership days are numbered. As McCarthy stated, Republicans need to be unified at this time and Cheney is a dividing force with Republican House members.