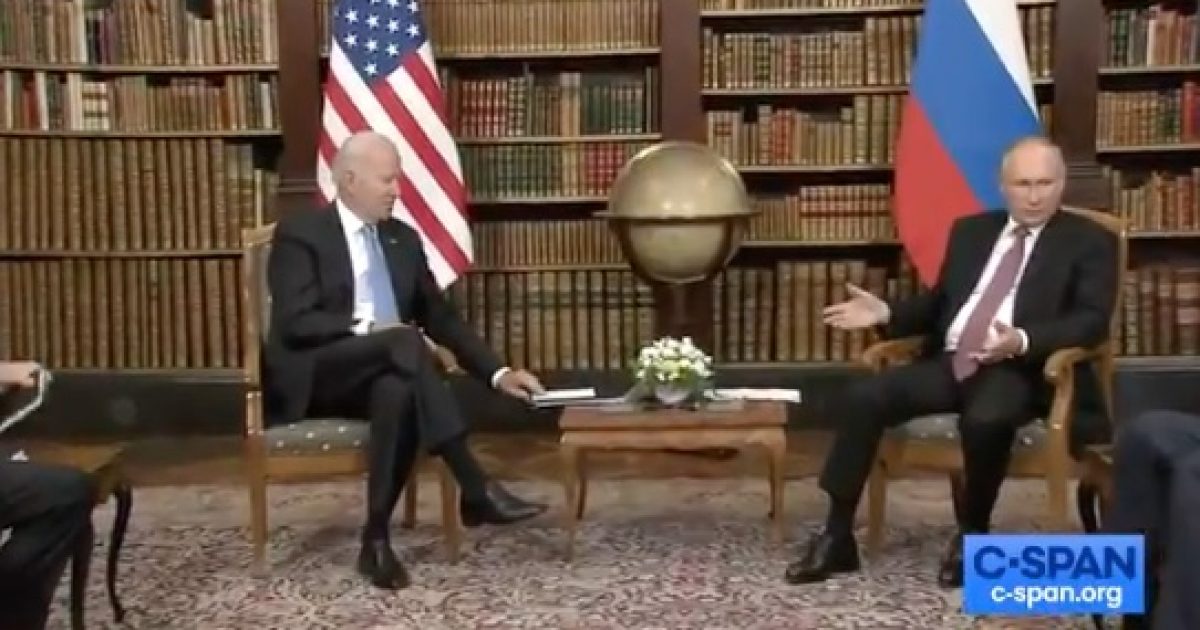 President Joe Biden met with Russian President Vladimir Putin in Geneva, Switzerland, and can be seen grabbing his note cards during a press photo opportunity.

The note cards were visible when Biden and Putin initially sat down for press photos along with U.S. Secretary of State Antony Blinken and Russian Foreign Minister Sergei Lavrov.

Biden brought his flashcards into his meeting with Putin. pic.twitter.com/vrAUrpdmaX

Biden appears to have 'cheat sheet' at summit meeting with Putin https://t.co/cNaSCPwr5Z pic.twitter.com/1oC1yKSv1Y

While in England during a press conference, Biden played with printed note cards which upon closer inspection, revealed reminders for him of criticism of former President Trump.

Joe Biden needs a flash card to remind him that he thinks everything is Trump’s fault.

Biden also made jumbled comments while at the G7 summit, losing his place with his notes.

Aww. They even say “The President” on top so he doesn’t forget who he is… https://t.co/6rT22ScoNa

Given the uncertainty of what Biden might say on any given day, his handlers know he is in need of note cards while dealing with Putin and other instances.

Biden’s dependency on note cards reinforces the argument he is not up to the job of being president.