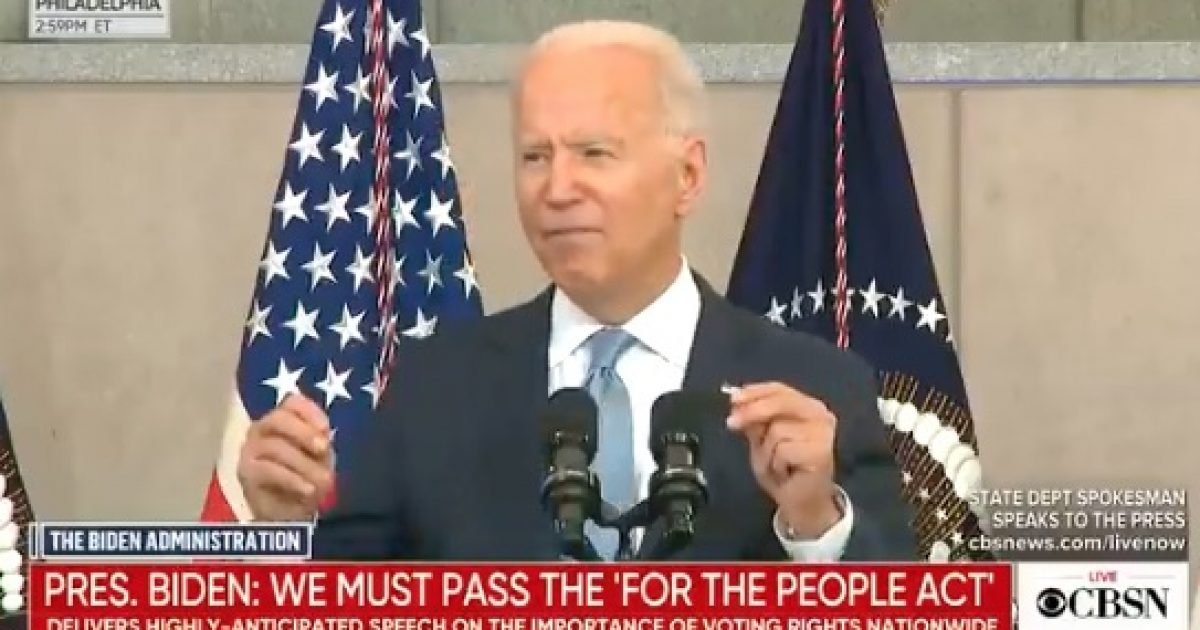 This year, 17 states have enacted 28 new laws to make it harder to vote. Not to mention the nearly 400 bills that Republican members of state legislatures are trying to pass.

This 21st Century Jim Crow assault is real. It is unrelenting — and we will challenge it vigorously.

Biden went on to claim Republican-led election security reforms in states such as Texas, Georgia and Pennsylvania are akin to “facing the most significant test of our democracy since the Civil War.”

Critics hit back at Biden over his Jim Crow comments.

The Democrat Party is singularly responsible for the institutional racism that has engendered suffering in vulnerable Black communities for generations–deprived of education, opportunity, public safety, the dignity of self-determination.

From the man who was mentored by and eulogized a Grand Cyclops of the KKK, who's legislation saw incarceration a generation of black men, who is of the party of segregation, slavery & Jim Crow & still to this day targets black people who won't join their cult @JoeBiden is evil… https://t.co/ZORw6p6t2K

Biden on GOP bills that expand voting access more than currently allowed in his home state of Delaware https://t.co/4uaNExsmxb

Biden comparing voter ID laws to Jim Crow is outrageous and highlights Democrats’ willingness to ignore the importance of election integrity and use race to further divide the country.