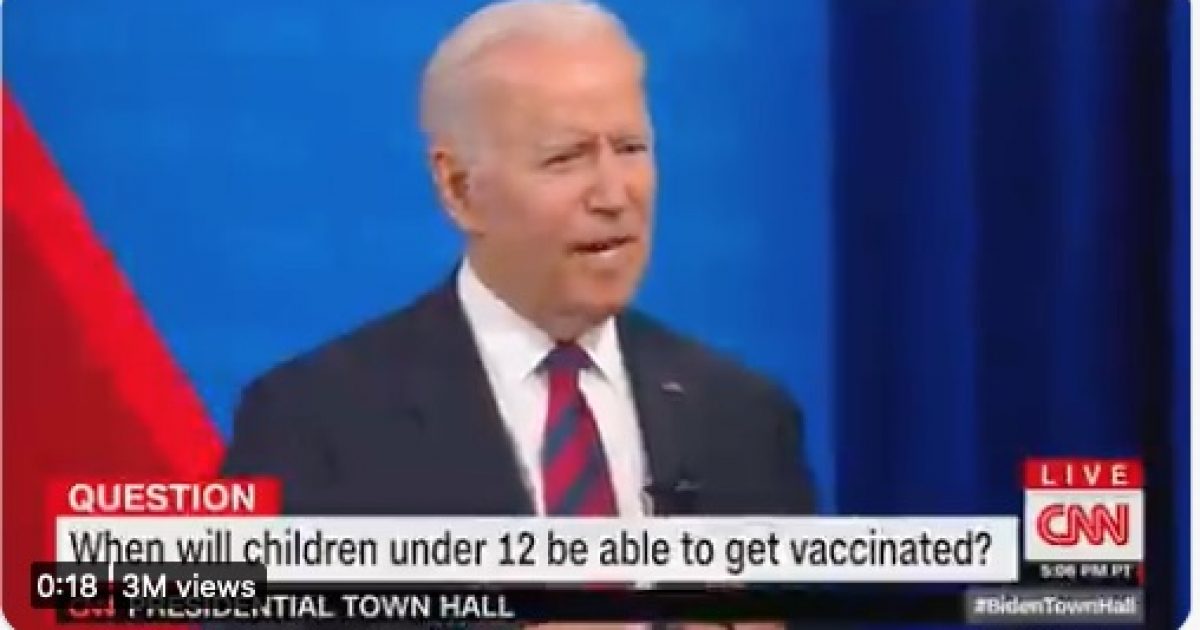 President Biden participated in a CNN hosted town hall event moderated by CNN host Don Lemon and both were called out over their poor performances.

In an ironic twist, CNN conducted a fact check on Biden where it pointed out a number of false claims made by the president.

CNN noted, “…Biden made a number of false or misleading claims. We haven’t been able to look into every single thing he said Wednesday night, but here is a rundown on some of his remarks.”

According to CNN, Biden made false statements or inaccurate claims on issues important to Americans including COVID-19 vaccines, automobile prices and the child tax credit.

In addition to being wrong a number of times, Biden was far from smooth in his delivery and embarrassed himself on the stage.

Biden made a long rambling confusing comment about child vaccinations and critics pounced on his extremely poor delivery on social media.

What in the hell did Joe Biden say? https://t.co/mmVqvYF5mY

Not only did Biden not know what he was saying but a photo shows the room wasn’t even halfway filled with attendees.

What the Biden CNN town hall looks like from the back of the auditorium: pic.twitter.com/juUehd7PDu

The CNN town hall shows Biden is far from at the top of his game and is an embarrassment to the nation.

It’s shocking his staff is willing to put him on the big stage when they know it’s going to expose his weaknesses to the world.

Biden’s confusion is not a fluke.

The RNC posted about Biden’s comment on his Senate Judiciary Committee service:

Joe Biden says he was on the Judiciary Committee “150 years ago” pic.twitter.com/dR4VdNDaYw