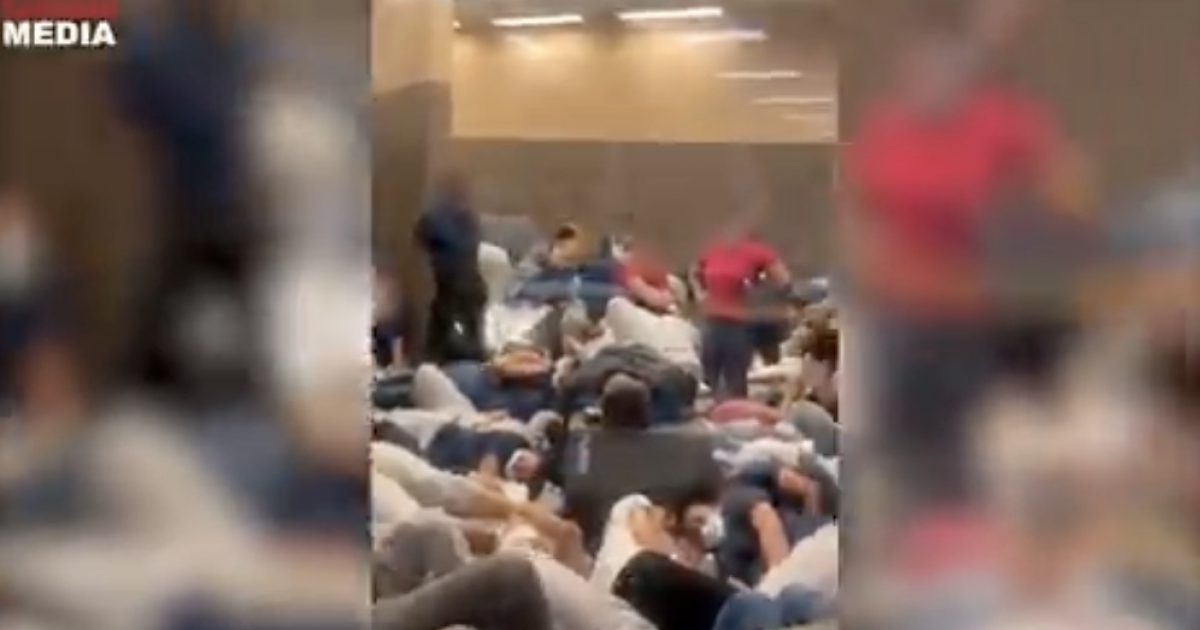 Video made public from border patrol shows an extremely overcrowded room in the Rio Grande Valley Sector with people laying on the floor or standing around.

President Biden’s Department of Homeland Security Secretary Alejandro Mayorkas traveled to the border on Thursday and reported on the startling findings, saying things were “complicated.”

Homeland Security Sec. Mayorkas announces that there were 212,672 migrants were encountered at our Southern border in the month of July, a 13% increase over June, which was a 20 year record. pic.twitter.com/guK4kGxXUs

Mayorkas appeared to acknowledge that the situation at the border was grim, describing it as “one of the toughest challenges we face.”

“It is complicated, changing and involves vulnerable people at a time of a global pandemic,” he said.

“The White House said migrants are being handled in a humane and orderly way,” Morgan said of a recent fact sheet in which the administration bragged about its border policies. “This isn’t humane or orderly, and it’s not the Border Patrol’s fault. They are doing all they can to deal with the disaster created by Biden,” he said.

While COVID-19 is still a major concern, the visuals show some illegal migrants without masks and in cramped spaces.

Where is the CDC on this?

Where is CNN’s wall-to-wall coverage?

In July, more than 212,000 illegal migrants were apprehended at the southern border, which is approximately the city population of Richmond, VA.

Tom Borelli criticized President Biden for not securing the southern border. Tom called Biden “a pandemic fraud” and said thousands of illegal migrants have some form of COVID-19.

The illegal migrant facility images are alarming and reveal the failures of the Biden administration’s handling of the southern border.

“This is unsustainable. These numbers cannot continue.” pic.twitter.com/60sQDuApWl

Biden’s incompetence is risking the lives of Americans regarding the threat posed by virus variants and illegal drugs coming over the southern border.