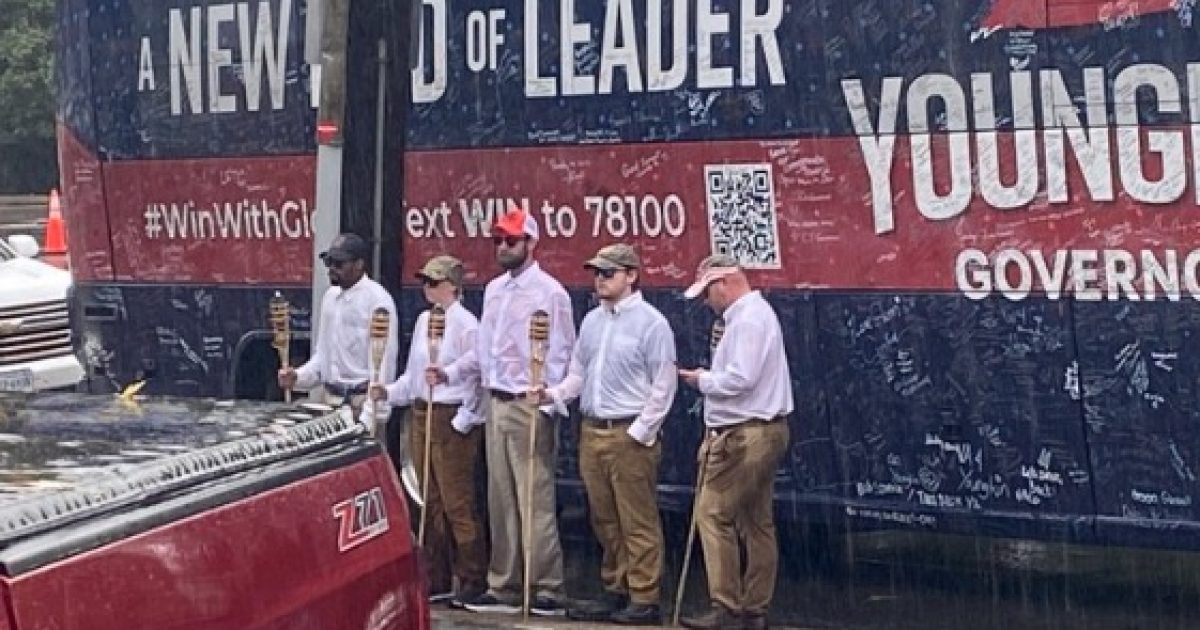 The effort was apparently designed to associate white nationalists to Youngkin over the deadly incident that occurred in Charlottesville in 2017.

As captured in this Tweet, the individuals stood in front of a Youngkin campaign bus.

These men approached @GlennYoungkin’s bus as it pulled up saying what sounded like, “We’re all in for Glenn.” Here they are standing in front of the bus as his campaign event at Guadalajara started.@NBC29 pic.twitter.com/l681ejyBjc

After initially linking the activists to Youngkin in a Tweet with a damaging picture by Terry McAuliff’s spokesperson Christina Freundlich, the McAuliff campaign backed away from the stunt.

The Lincoln Project took credit for the stunt. 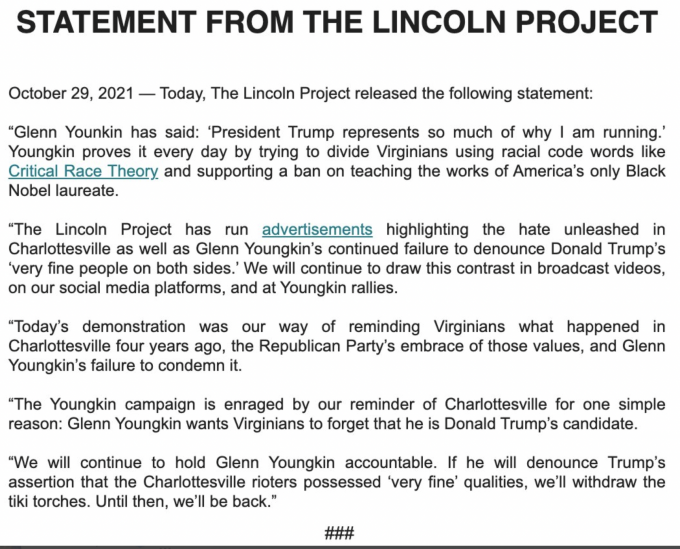 Not backing away, Stuart Stevens from The Lincoln Project defended its activism as well as James Carville on CNN.

“It was to illustrate a point that Youngkin has not denounced Trump saying there were ‘fine people on both sides’ in Charlottesville.” — Democratic Strategist @JamesCarville pic.twitter.com/tVRTjkNJIU

Democratic Party operatives, MSNBC analysts, and their Lincoln Project allies got caught perpetrating a deliberate fraud today, all with racism and racist discourse as their plaything. None will suffer any career consequences because their circles are happy they did this.

The person taking credit for collaborating with Lincoln Project on the tiki torch thing acted like she was surprised about it earlier in the day pic.twitter.com/ppXwTHyTnL

The Lincoln Project was also criticized for using a black activist in a white supremacist stunt.

The casting director for the Lincoln Project really thought: "This guy is perfect for the role of White Supremacist #3." pic.twitter.com/WBecXf5mpb

Democrats and their fake Republican allies will do anything to win.

For them, it’s about power and not the people.