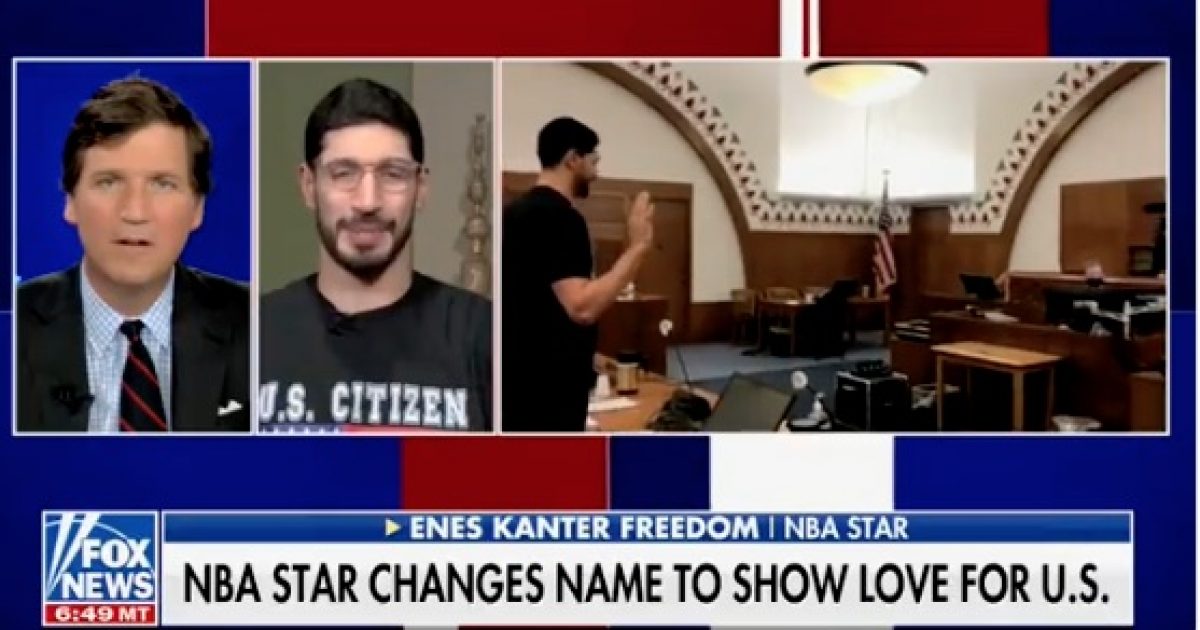 To document the moment Freedom posted a video of himself taking the naturalization Oath of Allegiance to the United States.

I am proud to be an American.
Greatest nation in the world.

The Land of the free, and home of the brave. 🇺🇸 pic.twitter.com/8mbUX1dpWS

Freedom is a Boston Celtics center.

Prior to becoming a citizen, Freedom has taken a high profile on human rights abuses against China especially on the adverse treatment of Uyghur Muslims.

Freedom was exiled from his native country Turkey.

After becoming a U.S. citizen, Freedom spoke to the media.

He is officially Enes Kanter Freedom and an American citizen. He talks about the experience just minutes after receiving his citizenship. @BostonGlobe video. #Celtics pic.twitter.com/HkK0e5XUFI

During the interview, Freedom said, “People should be really blessed and lucky to be in America.”

Enes Kanter Freedom to Tucker Carlson on Americans criticizing America: "I feel like they should just keep their mouth shut and stop criticizing the greatest nation in the world and they should focus on their freedoms and their human rights and democracy." pic.twitter.com/5nLAWYlkDg

Freedom understands the importance of liberty in the U.S. and it’s great to see him promote his feelings about becoming a citizen.