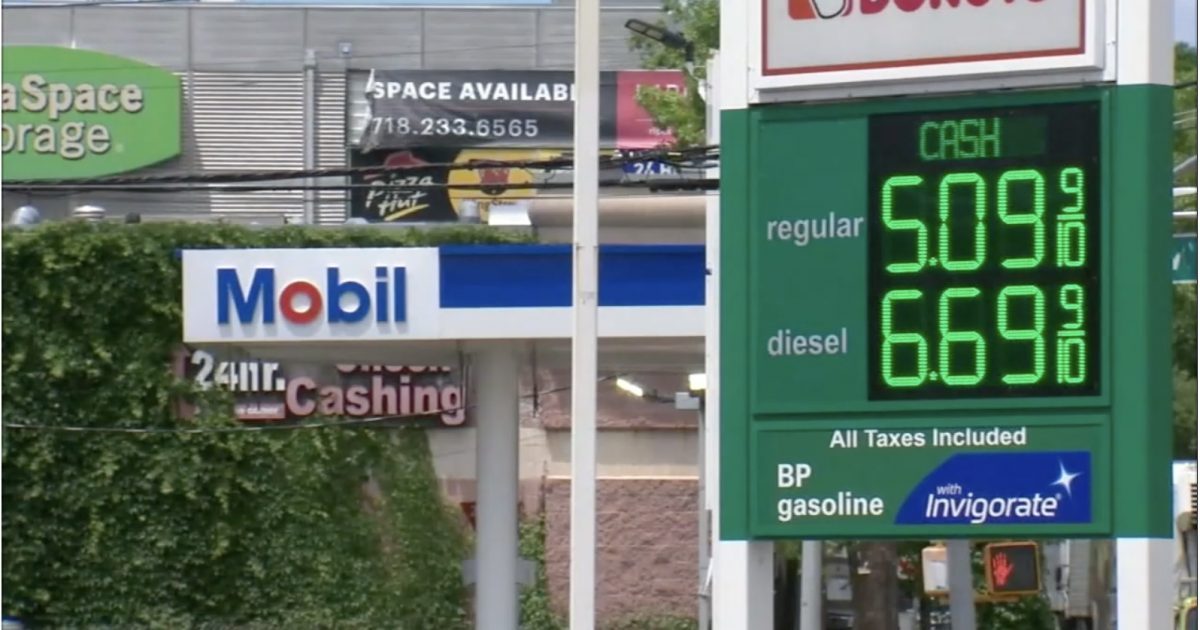 Commentary by Kevin Mooney originally published by RealClearEnergy.org and RealClearWire.com

In the approaching 2022 midterm elections, American voters will have the opportunity to decide whether oil industry executives are really to blame for high energy prices—or if it’s instead the political class that needs a shakeup.

In a new report for Real Clear Energy, Joseph Toomey, a career-management consultant, makes a persuasive case that the energy inflation now victimizing American consumers and taxpayers is the result of deliberate public-policy choices made here at home. Even as President Biden vilifies energy companies, the evidence is overwhelming that the current regime in Washington is beholden to climate extremism at the expense of affordable energy, Toomey argues.

As Toomey explains, Biden is poised to create a new industry of climate activists who will use the Securities and Exchange Commission (SEC) as a conduit for constraining private enterprise with the ostensible purpose of achieving “net zero” carbon emissions.

Meantime, the president’s EPA regulators are doubling down on biofuel blending mandates, collectively known as the Renewable Fuel Standard, a byproduct of the Energy Policy Act of 2005. The onerous new rules impose retroactive compliance requirements over a two-year period. They’re just the latest of the Biden’s administration’s anti-energy initiatives. Recall that the president canceled the Keystone XL Pipeline on his first day in office and imposed a moratorium on oil and gas drilling on federal lands just a few days later. And Toomey documents a host of other choices that have put U.S. policy in the hands of “anti-energy zealots.”

Or consider two key Biden appointees: John Kerry, the administration’s climate envoy, and Gina McCarthy, top climate advisor, who served as EPA administrator under Barack Obama. Kerry has been a longtime proponent of the Paris Climate Accord, a U.N. agreement designed to put America last and China first. McCarthy, who recently left the White House, is a former president and CEO of the Natural Resources Defense Council, a green group with close ties to China.

Search for White House statements critical of China’s environmental record and you won’t find much. Biden did manage to express indignation when Xi Jinping, China’s president, declined to participate in the U.N. climate summit in Glasgow last year. But it hardly compares to the “harshly worded letter” addressed to American energy companies, as Toomey explains, in which Biden needled companies like ExxonMobil and Chevron for their “historically high profit margins for refining oil into gasoline.”

Biden’s claims about oil-industry profiteering ring hollow. When he said, for instance, that “Exxon made more money than God,” the president neglected to mention that the company had actually lost $22 billion in 2020, according to Toomey’s report.

A major challenge besetting American industry is the accelerated pace of refinery closures. Several factors have played a role—but especially Environmental, Social and Governance (ESG) polices, which, as Toomey points out, have found a home in corporate boardrooms and in the Biden White House. Over the next few months, and into 2024, we will see “significant refinery closures,” Toomey warns, in response to corporate America’s ESG-driven anti-carbon initiatives.

“These policies will see China become the world’s leading refiner for years to come,” Toomey warns, “and that fact doesn’t seem to bother anyone in Washington.”

But it should bother American voters.

The coup de grace for the American oil and gas industry under Biden’s watch may come in the form of a proposed ESG rule that would empower the SEC to coerce companies into disclosing their so-called climate related risks.

“The SEC disclosure rules would give rise to an entire new industry of accountants, lawyers, lobbyists, and consultants who will busy themselves with the economically dubious work of counting the emissions intensity of industrial activity,” Toomey maintains. “Interestingly, the SEC had already adopted rules in 2010 obligating registrants to disclose material climate-related risks on their public income and balance-sheet statements.”

Essentially, companies would be compelled to weigh the emissions footprints not just of their vendors, but also of various intermediaries, including contractors and customers. In effect, the SEC rule would make it virtually impossible to do business. But the proposed rule has not yet been approved—another reason why the November elections matter.

Despite economic turmoil and high energy prices, Toomey does not expect the Biden administration to reverse course. Environmental activists now calling the shots in the White House want to drive the oil and gas industry out of business—all in the name of climate change, he explains, and without regard for the effect on energy consumers. Toomey also suggests that Biden is taking direction from climate activists who loathe constitutional government.

“To assure the success of their high-energy-price agenda, environmental activists urge Biden to act outside the law and declare a ‘climate emergency,’” he writes. “This would enable the president to bypass the niceties of regular constitutional order and shut down all oil and gas production.”

Kevin Mooney is an investigative reporter with both the Commonwealth Foundation and the Heritage Foundation.