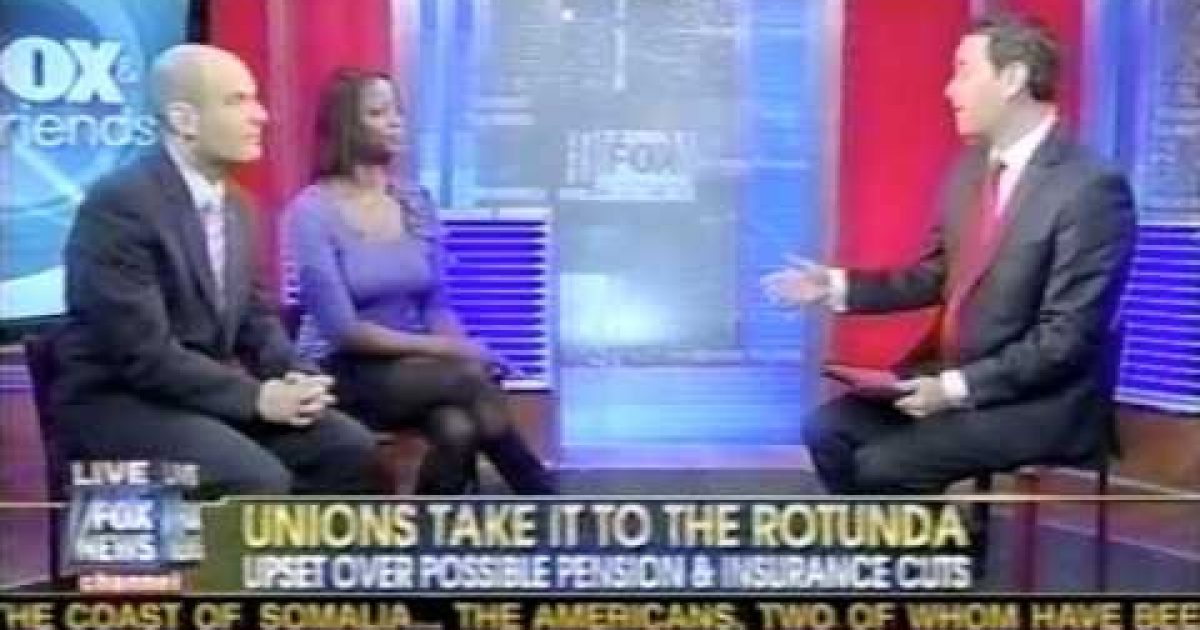 Project 21 fellow Deneen Borelli talks about the Wisconsin legislative crisis in which the White House is siding with opponents of Governor Scott Walker’s plan to fix the state’s budget deficit by reforming the benefits negotiations for some public employees. Deneen notes the state “can’t cover these lavish benefits on the backs of the taxpayers,” and that Walker is “showing leadership” since the budget mess is “not going to fix itself.”

In this discussion with host Clayton Morris and liberal political strategist Christopher Hahn on the 2/20/11 edition of “Fox and Friends” on the Fox News Channel, Deneen also notes these protestors differ from tea party activists in that the majority of the protestors in Madison seem to have been organized (and many of them were even bused in) by unions and partisan groups such as Obama’s Organizing for America operation as opposed to the loose conglomeration and self-financing nature of the tea parties.