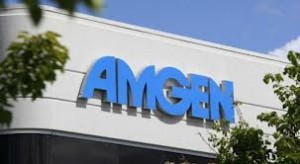 The New York Times January 19, 2013 edition featured a front page story on Amgen and how it used its lobbying army to insert language in the fiscal cliff deal that gave the company two additional years to sell a drug without government price controls. The deal was estimated to cost Medicare $500 million.

The story reported that Senators Max Baucus (D-MT) and Orrin Hatch (R-UT) played a key role with Amgen’s lobbying windfall. In addition to direct political donations, Amgen supported Hatch through a nonprofit organization in Utah and the drug trade association helped the Senator during his primary challenge last year.

“And when Mr. Hatch faced a rare primary challenge last year, a nonprofit group calling itself Freedom Path sponsored advertisements in Utah that attacked his opponent, an effort that tax records released in November show was financed in large part by the Pharmaceutical Research and Manufacturers of America, a trade group that includes Amgen,” according to the Times.

Let’s not forget that the drug industry lobbying effort helped push ObamaCare over the finish line. It’s outrageous that We the People have to pay the price of this bipartisan betrayal of our interests.