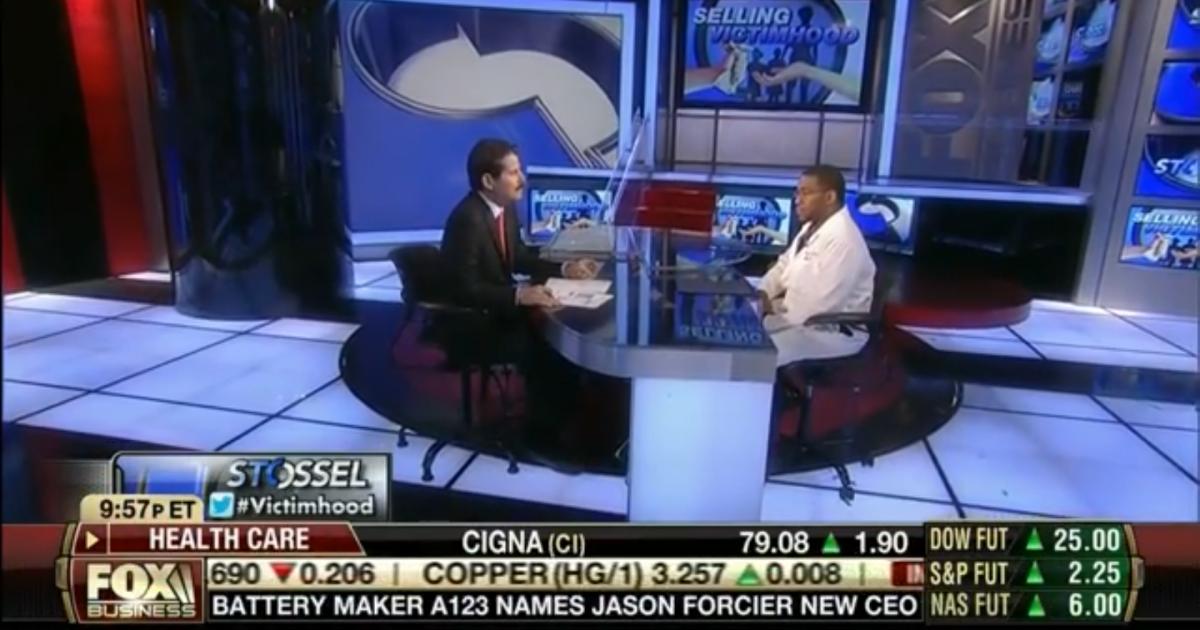 Over the years, Tom and I have met some amazing patriots at Tea Party events around the country.

These individuals have volunteered their time and money to make an impact in their communities.

Earlier this year, we spoke at the Northwest Ohio Conservative Coalition’s fundraiser dinner and had the pleasure of meeting Dr. Anthony Atkins, an emergency room doctor from Toledo, Ohio.

Dr. Atkins was frustrated that too many of his young patients were suffering from symptoms that could easily be avoided through good decision-making and took matters into his own hands to help make a difference in his community.

Dr. Atkins used his own money to produce a rap music cd, “Life Storyz State of Emergency,” with positive messages telling at risk youth to avoid risky behavior such as gang involvement, unprotected sex and drug use.

I was thrilled that John Stossel, host of Stossel on the Fox Business Network, included Dr. Atkins in his recent special “Selling Victimhood.”

For more information please send an email to Lifestoryz@hotmail.com.