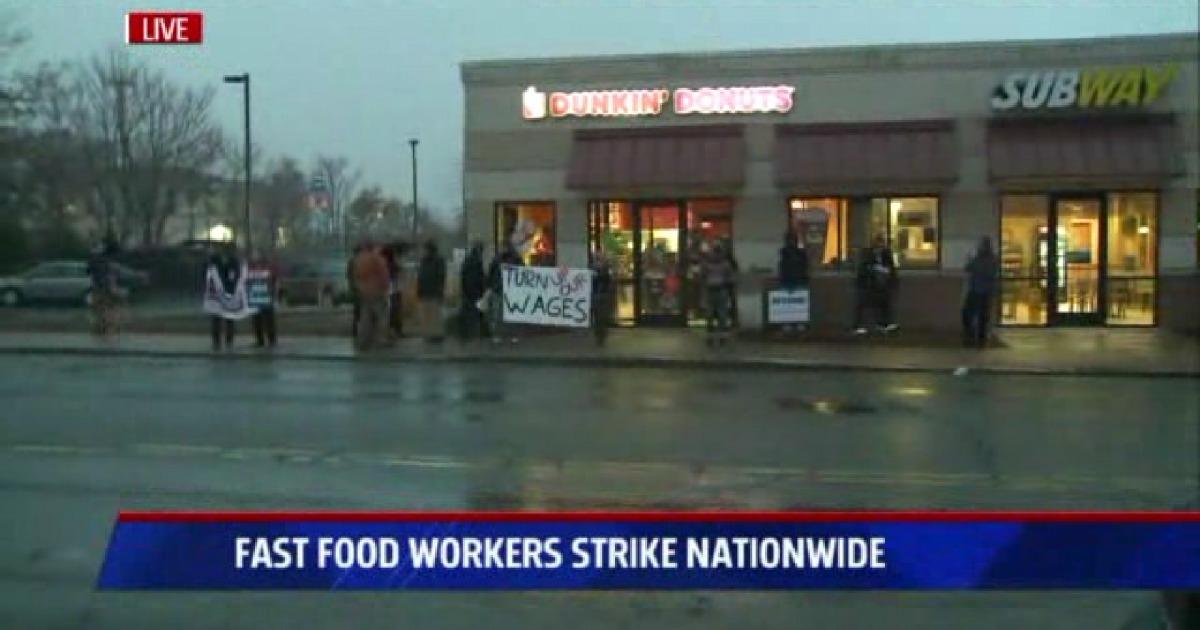 Call me suspicious but I find the timing of President Obama calling for a hike in the minimum wage and a nationwide protest of fast-food workers demanding higher pay more than coincidental.

Yesterday, Obama called for a boost of the minimum wage to $10.10 per hour and today fast-food workers with support of labor unions are demonstrating around the country over their wages.

The AP reported on the planned fast-food workers protest:

Fast-food workers and labor organizers are set to turn out in support of higher wages in cities across the country Thursday.

Organizers say walkouts are planned in 100 cities, with rallies set for another 100 cities. But it’s not clear what the actual turnout will be and whether they’ll shut down or even disrupt restaurant operations.

The unified progressive call for boosting the minimum wage comes at a time when Obama’s approval ratings are falling because of the immense unpopularity of ObamaCare.

A poll from the Harvard Institute of Politics found young voters are abandoning Obama.

The new poll shows that Obama’s approval rating with 18- to 29-year-olds now stands at 41%, a dramatic 11-point drop from April. Fifty-four percent said they disapprove of the president’s performance.

The Harvard pollsters noted that during the time they conducted their latest survey of young Americans, national polls of the general population showed that Obama’s approval rating hovered between 37% and 40%.

Even more troubling for Obama is that the financial viability of ObamaCare depends on young Americans enrolling in the health care exchanges and the poll reported 57 percent of this demographic group disapproves of the president’s health care plan.

What Obama lacks in understanding basic economics he makes up for it through community organizing.

He would like nothing better than for the media spotlight to be on a nationwide protest of low-wage workers than the disastrous roll-out of ObamaCare.

Fast-food workers are calling for a $15 an hour wage increase, significantly higher than Obama’s proposal and they are also looking to unionize.

It’s clear Obama is desperate to change the debate and calling for wage hikes is part of his strategy.