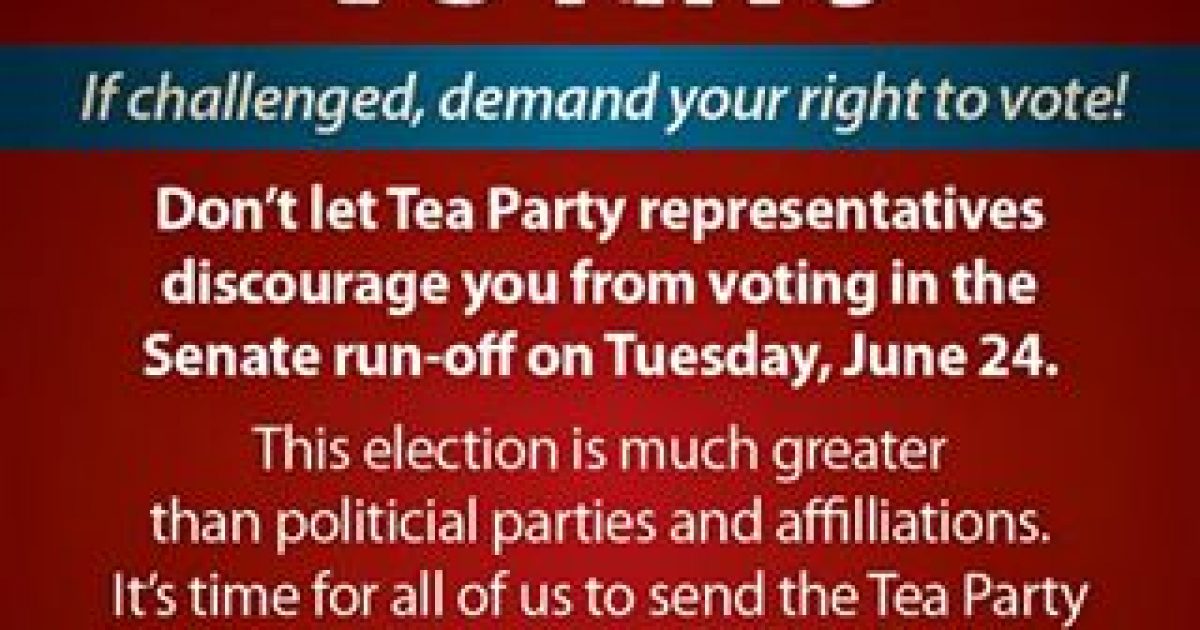 The Daily Caller reported robocalls are trying to mobilize black Democrats to support Cochran by tying McDaniel to the Tea Party and its opposition to President Obama.

In the automated message appearing to target black Democrat voters in Mississippi, the female voice on the line claims that tea party challenger Chris McDaniel would lead to more obstruction in Washington and create more “disrespectful treatment” to the nation’s first African-American president.

“The time has come to take a stand and say NO to the tea party,” the message says. “NO to their obstruction. NO to their disrespectful treatment of the first African-American president.”

The left-wing media is jumping at the opportunity to slam the Tea Party and support Cochran by raising fears of intimidating black voters.

Several right-wing groups have banded together to form a “voter integrity project’ in response to the news that Republican Senator Thad Cochran is courting black Democratic voters in his runoff with the Tea partier Chris McDaniel.

The Senate Conservatives Fund, Freedom Works and the Tea Party Patriots, all political action committees, will “deploy observers in areas where Mr. Cochran is recruiting Democrats,” according to a Times article. Ken Cuccinelli, the president of the Senate Conservative Funds, said these observers would be trained to see “whether the law is being followed.

Does anyone think this “project” will actually encourage voter “integrity” as opposed to voter suppression? Misinformation is already circulating as to the details of the law that voters must follow.

The GOP’s race card effort is reinforcing the negative image of the Tea Party and will do lasting damage to the reputation of Republicans within the black community.

It’s absolutely disgusting that the GOP would stoop as low as left-wing radicals to maintain power.