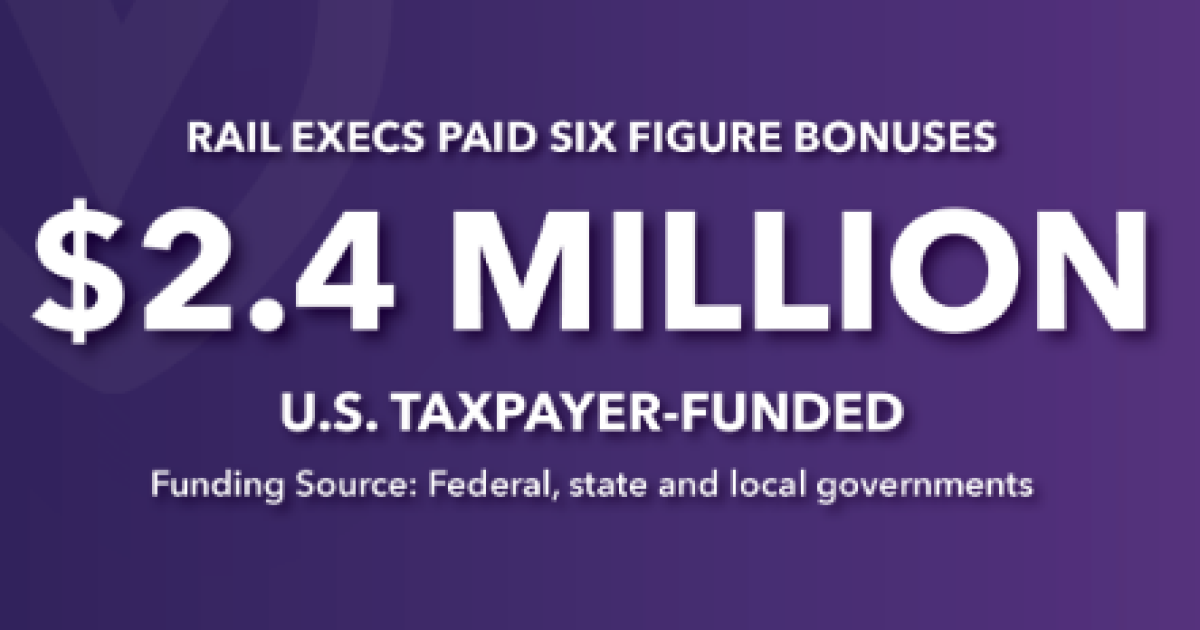 Even as Amtrak ridership and revenue dropped in 2021, the 10 highest paid executives at the national railroad company collected a total of $2.4 million in bonuses on top of their regular pay.

The execs — CEO, CFO, president, deputy general counsel, and six executive vice presidents — each were paid between $203,656 and $300,981 in additional pay, The New York Post reported.

Amtrak, which runs through all contiguous U.S. states except South Dakota and Wyoming, is funded by a mix of rider revenue and tax dollars from local, state and federal governments.

Regardless of the drop in ridership and revenue from the Covid-19 pandemic, Amtrak gets billions in government grants every year.

As the well-heeled execs took home between $584,072 and $759,205, the Transportation Workers Union, representing more than 1,000 Amtrak employees, noted that the American taxpayer is partly footing the bill.

“It is outrageous that while Amtrak’s workforce put their lives on the line to see this carrier through its most trying time yet, bosses who got to work from the comfort of their homes — and who are so wealthy they can decline regular paychecks — walked away with millions in bonuses,” TWU International President John Samuelsen said in a statement, The Post reported.