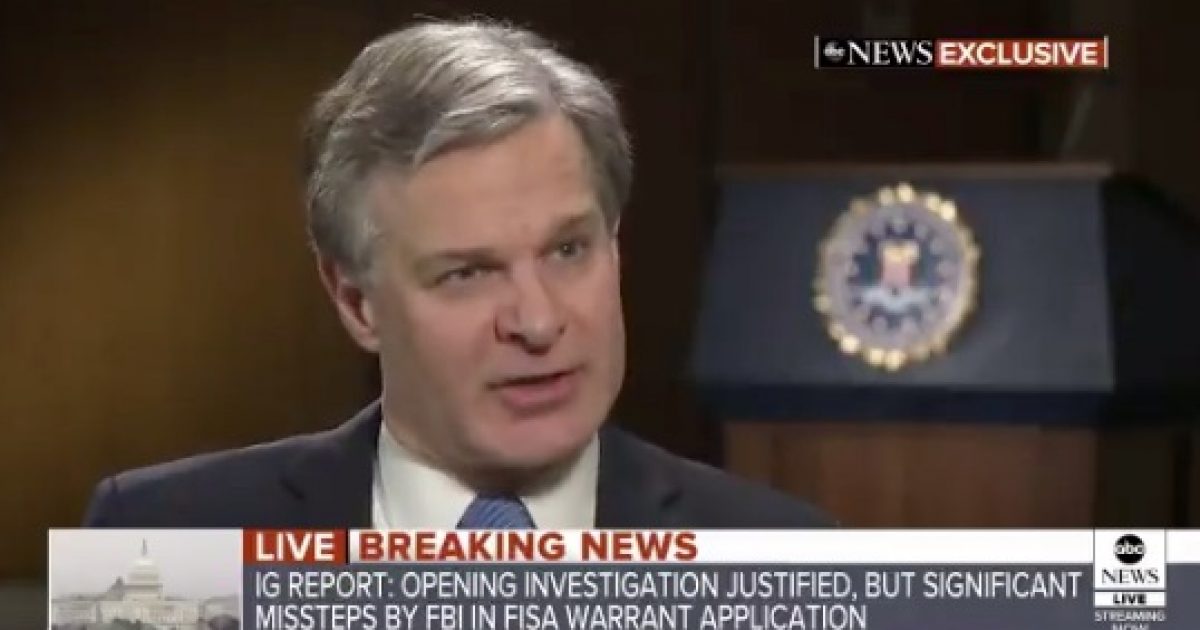 Wray called for the need for “remedial action.”

“Accordingly, the FBI accepts the Report’s findings and embraces the need for thoughtful, meaningful remedial action,” Wray said. “Because our credibility and brand are central to fulfilling our mission, we are also making improvements beyond those recommended by the OIG.”

Wray discussed the inspector general’s report on ABC News where he emphasized there was no political bias found in the report.

BREAKING: FBI Dir. Chris Wray "The inspector general did not find political bias or improper motivations impacting the opening" of Russia probe, "or the decision to use certain investigative tools."@PierreTABC: "Included FISA?"

President Trump hit back at Wray calling him the “current Director of the FBI,” and referenced the seriousness of FBI misconduct.

I don’t know what report current Director of the FBI Christopher Wray was reading, but it sure wasn’t the one given to me. With that kind of attitude, he will never be able to fix the FBI, which is badly broken despite having some of the greatest men & women working there!

….in a very long time. The FBI has had some dark day in its past, but nothing like this. This was VERY SERIOUS MISCONDUCT ON THE PART OF THE FBI.” @brithume @BretBaier Are you listening Comey, McCabe, lovers Lisa & Peter, the beautiful Ohr family, Brennan, Clapper & many more?

President Trump also expressed his disappointment in what the country has gone through under the FBI, calling it “a disgrace” and “embarrassment.”

President Trump on Justice Department IG Report: "It's a disgrace…it's incredible, far worse than I would have ever thought possible. It's an embarrassment to our country." pic.twitter.com/SNXcADB5nO

President Trump was right to call out Wray over downplaying the significance of the inspector general report.