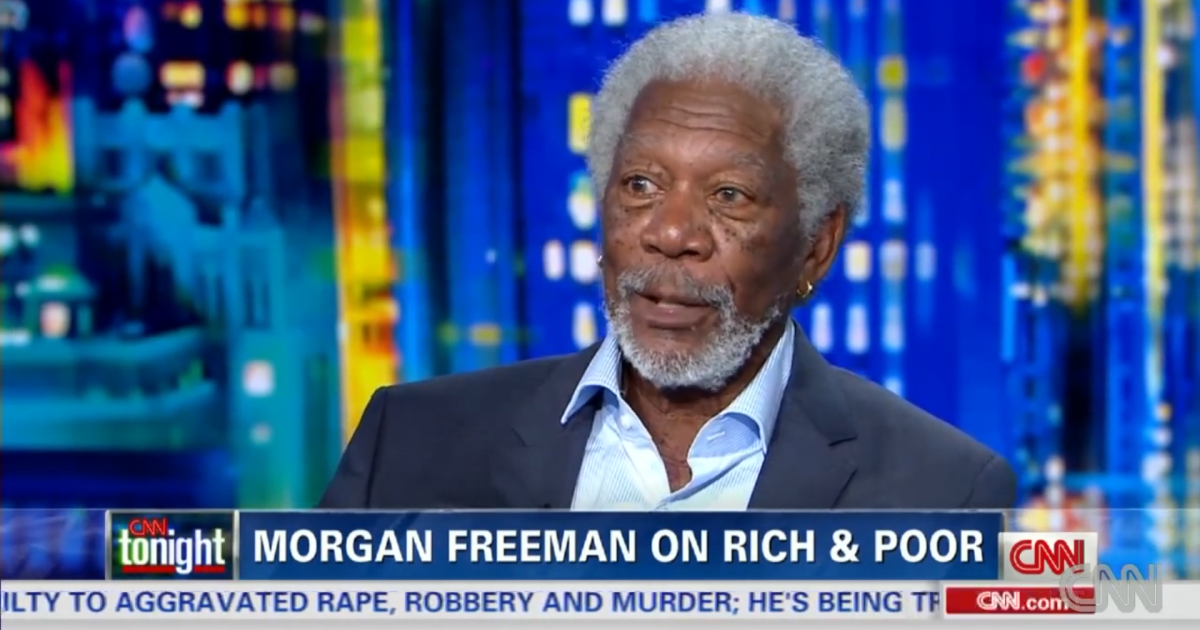 The conversation touched on Freeman’s early life, his thoughts on an individual’s ability to succeed in America and if race is responsible for black income inequality.

A CNN transcript provides a glimpse of their discussion:

LEMON: So can I go back to, because I thought what you said was fascinating. Because you called it bull when you said people can’t pull themselves up. Do you think that race plays a part in wealth distribution or either a mind-set that you can’t…

FREEMAN: No, I don’t. I don’t. You and I, we’re proof. Why would race have anything to do with it? Put your mind to what you want to do and go for that. It’s kind of like religion to me. It’s a good excuse for not getting there.

LEMON: You know, I said — this will probably get me in trouble, but I said to some of my colleagues recently, so I know that it’s an issue. But I’ve been — it seems like every single day on television I’m talking about race. And it’s because of the news cycle and it’s in the news, but sometimes I get so tired of talking about it. I want to — I want to just go, this is over. Can we move on?

FREEMAN: And if you talk about it, it exists.

FREEMAN: It’s not like it exists, and we refuse to talk about it. But making it a bigger issue than it needs to be is the problem here.

Earlier in the interview, Freeman also said that with courage anybody can succeed in America regardless of race or life’s challenging circumstances.

I applaud Freeman for speaking freely and not falling in the race card trap. It’s also refreshing to see that Freeman is not concerned about backlash from Hollywood or his black associates for voicing his opinions.

America is an exceptional country where anyone can succeed. Our country needs more black Americans from all walks of life to speak out and push back on the race card victimization and promote the values of hard work and personal responsibility.