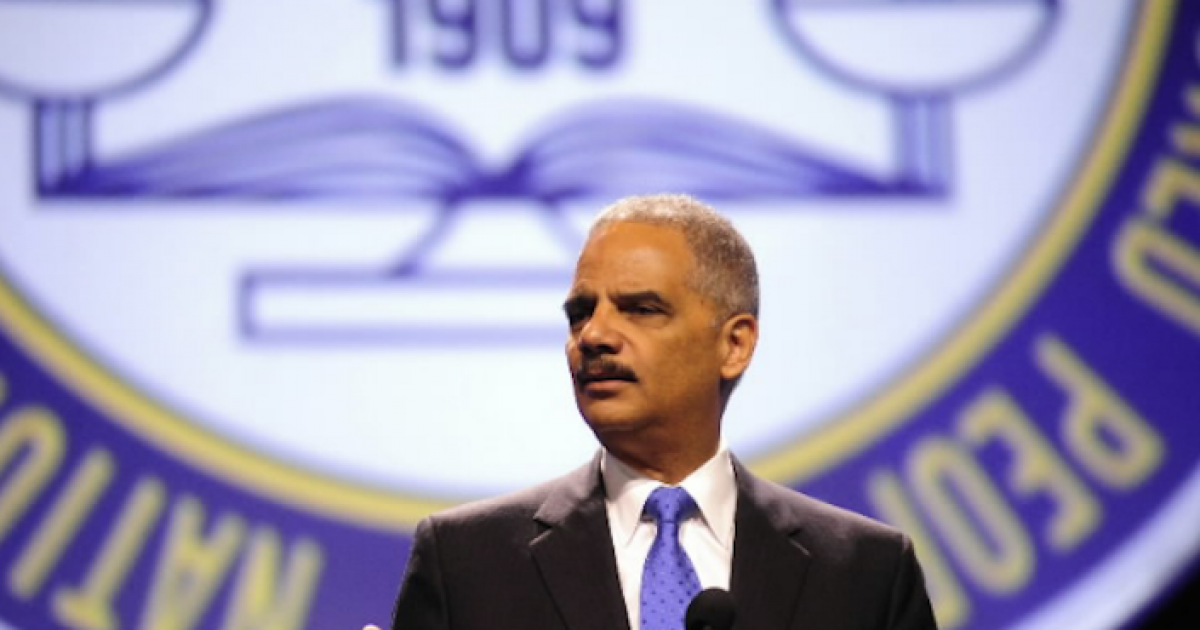 The letter was polite. A simple request for dialogue — a “productive conversation” — with the NAACP at its upcoming 105th convention in Las Vegas. Dialogue between black conservatives and representatives of the historic group that was once a beacon in the fight for civil rights.

The March letter went to Lorraine C. Miller, the interim president of the group, and was signed by Deneen Borelli, the prominent black conservative, on behalf of empower.org and FreedomWorks. Borelli cited the national black unemployment rate in February (12 percent) and noted it was double that for whites. The unemployment rate for black teens between ages 16 and 19 — a particularly mindboggling set of statistic, 32.4 percent — was cited. Last but not least was the drop in black homeownership from 50 percent to 43 percent, a sharp contrast to a rise of 73 percent in white homeownership.

The suggestion was made to have a panel on economic empowerment with representatives of the NAACP and a group of black conservatives including Borelli and the Reverend C.L. Bryant. Along with the inevitable booth, a staple of these kind of gatherings.

In short? Let’s talk, conservative to liberal. Let’s sit in the same room and have a conversation about what’s happening in the black community and why. And the response? Nothing. Nada. Zip. Zero. For the second year in a row.

Almost exactly a year ago, I noted in this space that the NAACP had ignored Borelli and Bryant, refusing to let them speak at the NAACP’s annual convention in Orlando. This year? The same treatment. (On the other hand, Nevada’s Senator Harry Reid has been invited to the Las Vegas convention to extend “greetings” to his home state, along with Democrat Dina Titus, the House member for the city.)

To their immense credit, Borelli and Rev. Bryant haven’t taken silence for an answer. So as the NAACP delegates gather in Las Vegas, there will be a “Liberty Summit” — held in the same hotel and at the same time as the NAACP meeting this weekend. The black conservatives involved along with Borelli and Bryant include Texas activist and radio host Katrina Pierson, radio host Wayne Dupree, and Brenda Flank.

So the obvious questions here. What in the world is the NAACP afraid of? Why the utter refusal to even discuss the issues with this delegation of black conservatives? These are substantive people, accomplished people. And what does the snooty response of the liberals running the venerable civil rights group say about the mindset of the Left in general?

One of the gospels of liberalism — or so liberals say — is that they are looking for those who will “reach across the aisle” (as they say in Washington). But throw open the doors to greet a group of black conservatives? No. Make that no, no, and no again.

Let’s segue for a moment to what appears on the surface to be a completely different story. The news that one April Sands, a lawyer for the Federal Election Commission and co-worker of the IRS’s Lois Lerner when the latter was at the FEC, has been fired for violations of the Hatch Act. With the House Oversight Committee learning that Ms. Sands’s e-mails have been “recycled” — just like those of Lerner over at the IRS. Imagine that! Poof! Gone!

As seen in a letter to the chairman of the FEC from Congressman Darrell Issa — the chairman of the House Oversight Committee — and his colleague Jim Jordan, Sands was repeatedly tweeting out her politics while at the FEC. A violation of federal law. Here are but two of the tweets, as provided by Messrs. Issa and Jordan:

“I just don’t understand how anyone but straight white men can vote Republican. What kind of delusional rhetoric does one use?”

“If you’re still calling yourself a Republican after the #War on Women, their stated RNC platform, and Birtherism, you are my enemy. Done.”

Now think of this. Here is a lawyer — a lawyer! — for the FEC. Charged with the impartial enforcement of election law. Revealing herself in a series of tweets as being a virulent, closed-minded, arrogant federal bureaucrat who is anything but impartial.

Which is precisely the same mindset on display with Lois Lerner and the IRS, all those people at various levels of the VA busy shredding documents to cover up their incompetence — and, yes, the NAACP’s haughty refusal to have any kind of discussion with black conservatives. From academia — which every graduation season is busy blackballing this or that conservative speaker — to the liberal media, to mainline Protestant churches, to unions, Hollywood, and more, intolerance of dissent has become standard operating procedure.

In the case of the NAACP this haughtiness has taken a particularly pernicious turn. One of the raisons d’être of the NAACP is to come to the defense of black Americans. Visit the NAACP website and one finds a list of what the group considers its “victories” in protecting the interests of black Americans in areas ranging from criminal justice to “health, voting rights, environmental justice, economic justice, education, political participation, general civil rights advocacy, online advocacy.” Without the slightest sense of irony, the group talks about its role in writing “economic report cards on corporate diversity and inclusion.”

Ah, yes. Diversity and inclusion. Except, of course, when it comes to the recognition that — gasp! — all African-Americans don’t believe the same things. At that point, the NAACP adopts the attitude of liberal April Sands from the FEC in one of those tweets: “You are my enemy. Done.”

The irony that the NAACP has the gall to be judging corporations or anyone else on “diversity and inclusion” at the same time they are pointedly stiffing black conservatives and refusing even to talk with them — much less defend them when said black conservatives come under ferocious attacks from liberals — says everything one needs to know about the decline of the NAACP as an institutions that once upon a time carried considerable weight and moral authority in any discussion on race.

The ultimate irony? This very week Attorney General Eric Holder is in the news for attributing “racial animus” to Obama critics. Said Mr. Holder: “I think we are still a nation that is too afraid to confront racial issues.”

Too afraid to confront racial issues? Here are a number of black conservatives going out of their way to have a civil discussion with the NAACP about “racial issues.” And the response from the NAACP? For the second year in a row? Silence.