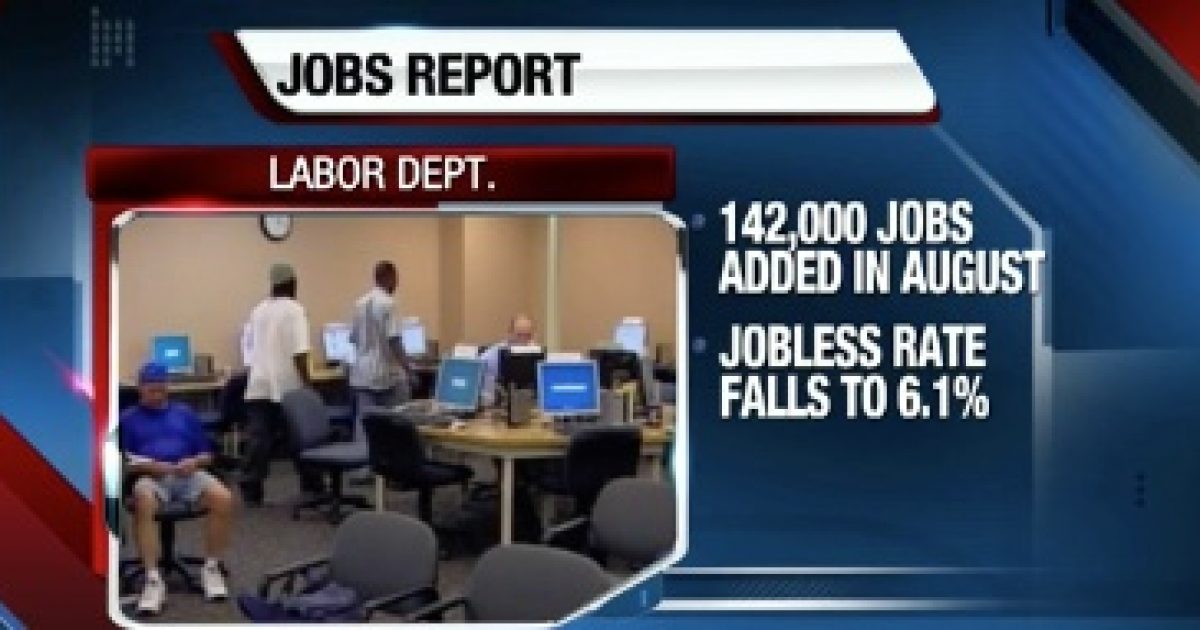 Economic analysts had predicted over 200,000 new private sector jobs for August but expectations were disappointing with only 142,000 jobs added, the lowest number of jobs added this year.

The Department of Labor results fell well short of the survey from ADP which estimated an addition of 204,000 jobs.

According to the Bureau of Labor Statistics, unemployment nationwide for August was 6.1 percent.

The news for black Americans continues to be disappointing. Unemployment among blacks remained the same as July’s rate at 11.4 percent, which is more than double the rate of white Americans at 5.3 percent. For Hispanics, the unemployment rate was 7.5 percent.

Even more bad news is the fact that America’s labor participation rate is at its lowest since 1978. A record number of 92,269,000 Americans, 16 and older, are no longer participating in the labor force.

These findings are another example of President Obama’s failed policies.