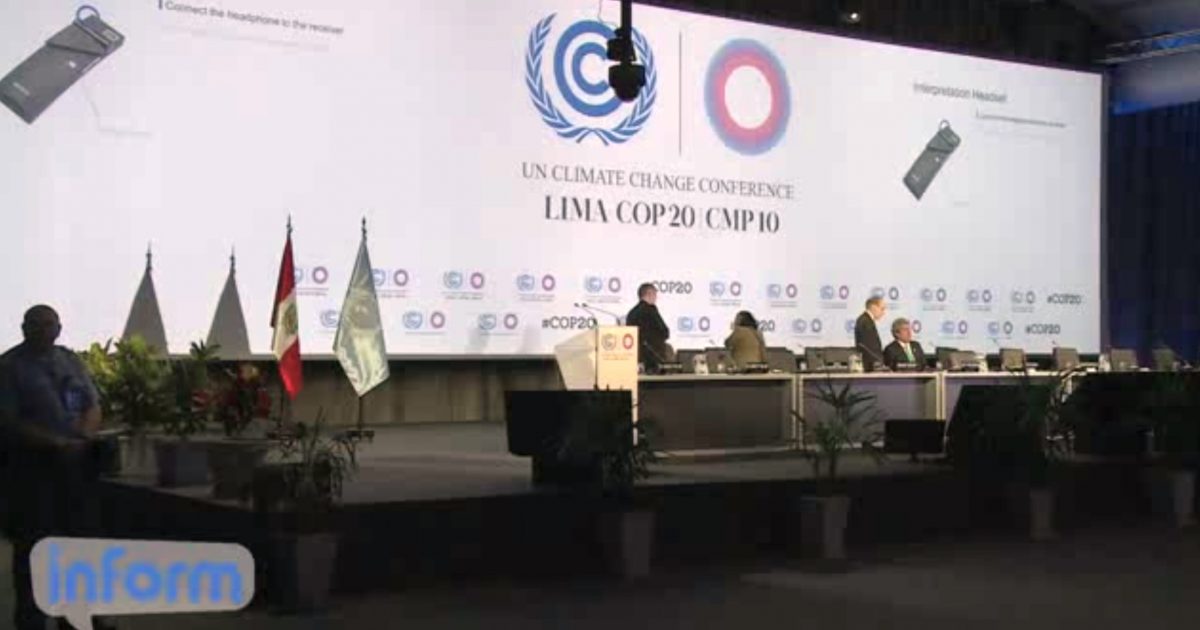 While most of the national media was focused on the annual Congressional spectacle of funding the U.S. government, representatives from almost 200 countries were engaged in another form of drama in Peru where they tried to hammer out an international agreement on climate change.

Organized by the United Nations Framework Convention on Climate Change, the goal of the Peru Climate Summit was to establish a broad architecture of a plan that would serve as the foundation for a new legally binding climate change agreement next December in Paris.

In contrast to the 1997 Kyoto Protocol, the international climate treaty in Paris will include commitments from developing nations including huge emitters of carbon dioxide such as China and India.

Unsurprisingly, the agreement coming out of Peru fell short. The final deal was long on generalities and short on specifics because of the conflicting agendas between developed and developing nations.

Developing countries want to continue to use coal, oil and natural gas to fuel their economy but those fuels emit carbon dioxide – a greenhouse gas. Developed countries are hesitant to restrict their use of fossil fuels while they fear that unrestricted emissions from developing countries will contribute to climate change.

Under the Peru agreement, countries pledged to state their approach to reduce emissions of greenhouse gases by next March but importantly those promises were qualified to apply only to countries that are only “ready to do so.” Most concerning, the agreement supported China’s view that rejected external analysis of its emissions reduction plans.

In reality, the tough work of hashing out details was punted to 2015.

Unfortunately, the weak agreement coming out of Peru that gives an advantage to China over the U.S. will not deter President Obama’s radical environmental views.

Despite the consequences to the U.S. economy, Obama is stubbornly focused on meeting his climate change goals.

China’s decision to reject efforts to review and analyze its climate change plans comes shortly after Obama generated global headlines when the U.S and China announced a joint effort to fight climate change.

Under that agreement, the U.S. would cut its emissions by at least 26 percent of its 2005 amount by 2025 and China would cap its carbon dioxide emissions at the amount it released in 2030. China also said by 2030 it would generate 20 percent of its energy from non-fossil fuel sources.

The U.S. and China agreement is a horrible deal for Americans. Not only does the agreement allow China to run its fossil fuel carbon dioxide emitting economy for more than a decade while the U.S. is forced to cut its emissions, China is now balking at verifying adherence to its plans.

So far, Republicans have not been able to challenge Obama’s climate change end run of Congress. While the recent $1.1 trillion “Cromnibus” spending deal cuts EPA’s budget, Republicans were unable to stop or restrict the agency’s war on coal.

In 2015, the new Republican-led Congress must reign in Obama’s EPA or the U.S. will be in effect signing a climate change treaty without Senate approval.

Dr. Tom Borelli is a Senior Fellow at FreedomWorks and Conservative Review Contributor.