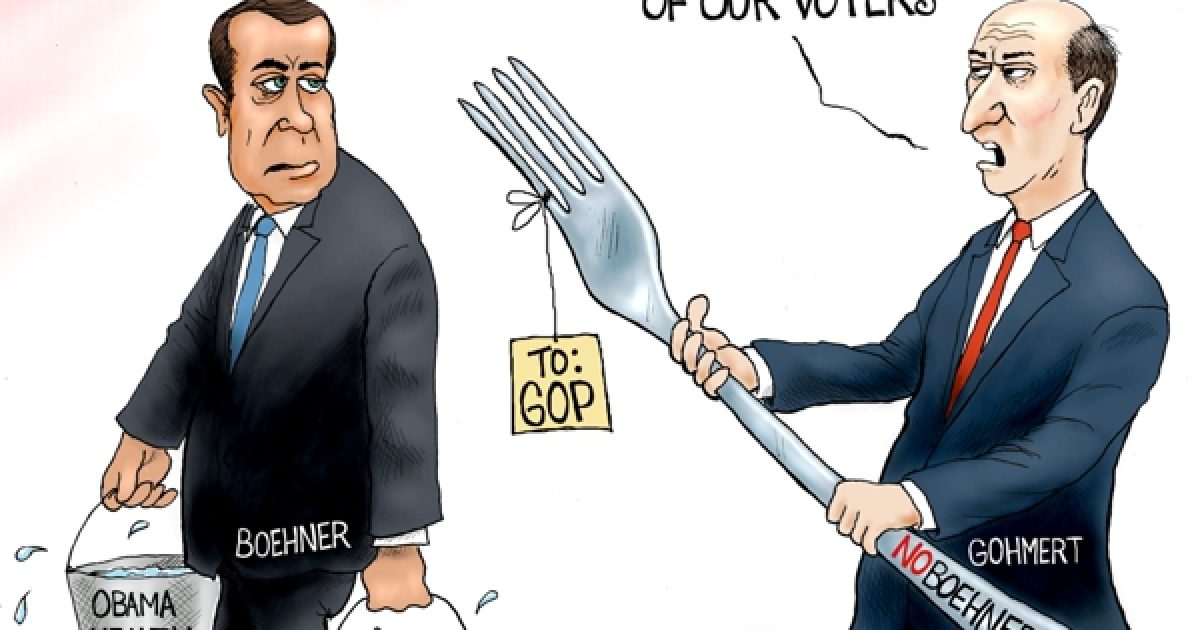 Washington, DC – With Republican control of the House and Senate in 2015, FreedomWorks believes the coming legislative cycle is too important of an opportunity to waste with visionless leadership.

That’s why FreedomWorks is the first grassroots liberty group to formally announce its support for the growing movement of fiscal conservatives in the House who have committed to vote against Speaker Boehner for re-election. The election for Speaker of the House will be held on Tuesday, January 6.

“With a growing Republican majority in the House and a historically high number of liberty-voting fiscal conservatives within it, there is an urgent need replace Speaker Boehner with fresh, bold leadership that better represents the views of the whole caucus.”

“Speaker Boehner has kicked fiscal conservatives off committee positions for voting against his wishes, caved on numerous massive spending bills at the eleventh hour, and abused the legislative process to stomp out opposition by holding surprise votes and giving members little time to actually read the bills before they vote.”

“An effective Speaker would be someone who leads through action, consistently doing what Republicans promised the American people they would do. We need someone willing to shake up the status quo.”

FreedomWorks plans to mobilize its community of over 6.7 million grassroots activists to contact their representatives in the House using phone calls, email messages, and social media in the days leading up to the Tuesday vote.