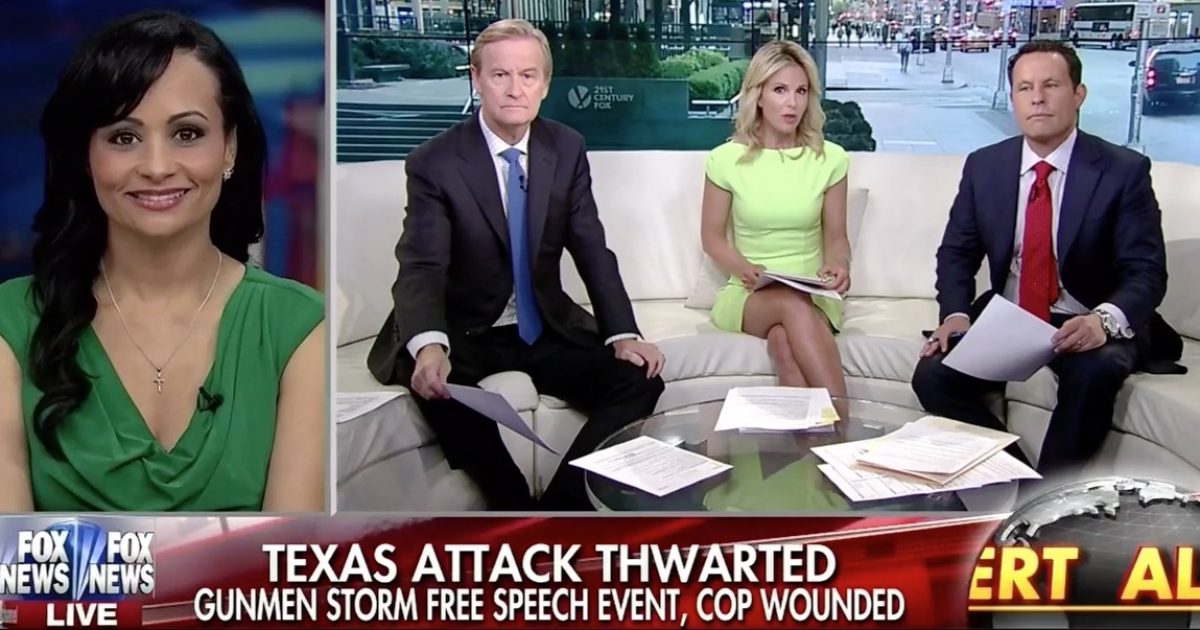 Katrina Pierson, spokesperson for the Tea Party Leadership Fund and former Congressional candidate, was at the Muhammad Art Exhibit and Contest in Garland, Texas, where two gunmen were killed after they shot a security guard at the event.

Garland police officers killed the gunmen and the security guard was released from the hospital after receiving treatment.

The contest at the Curtis Culwell Center, sponsored by the American Freedom Defense Initiative, was for the best cartoon using images of the prophet Muhammad.

The cartoon contest was being held in support of free speech following the terrorist attack at the Charlie Hebdo newspaper in Paris, France, and in response to a Muslim fundraiser held earlier this year in Garland.

According to The Daily Mail, one of the gunmen was previously a terror suspect.