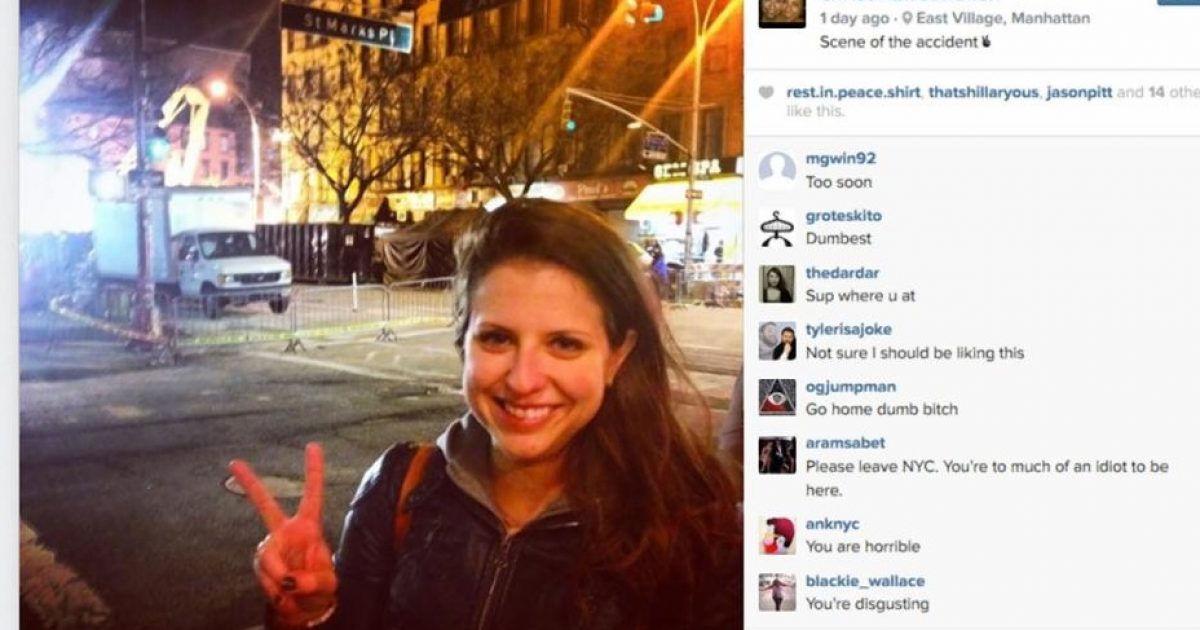 Stay classy, DNC. Much like Hillary Clinton’s campaign thinking it was a good idea to rope off members of the press during a Fourth of July parade, the DNC apparently holds the same level of self-awareness and good judgement when it comes to optics: none.

The Democratic operative who snapped a grinning selfie at the site of the deadly East Village explosion has been hired as a spokesperson by the Democratic National Committee, according to reports. Christina Freundlich apologized for the “careless and distasteful” Instagram picture, which stoked outrage in the aftermath of the gas leak inferno on Second Ave. near E. Seventh St. that killed two people in March.

But her name has surfaced again on a DNC spin website called “factivists,” conservative newspaper The Washington Times reported Tuesday. A post on the page identifies Freundlich as a “DNC spokesperson” and her apparent Twitter profile lists her as “Southern Regional Press Secretary” for the party.

Freundlich had finished a nearly two-year stint working for the Iowa Democratic Party before she took the picture at St. Marks Pl. and Second Ave., and she’s previously worked as a press staffer in the Obama Administration, according to her LinkedIn page.

A press staffer for the Obama Administration….. I wonder if Freundlich wrote the talking point that Obama learns about all the misdoings of his Administration “on the news, with everybody else.” Of course, exhibiting poor judgement and tasteless behavior is a double standard when it comes to the Democratic Party machine. As long as political operatives fall in line with the progressive agenda, they can basically get away with doing or saying anything.