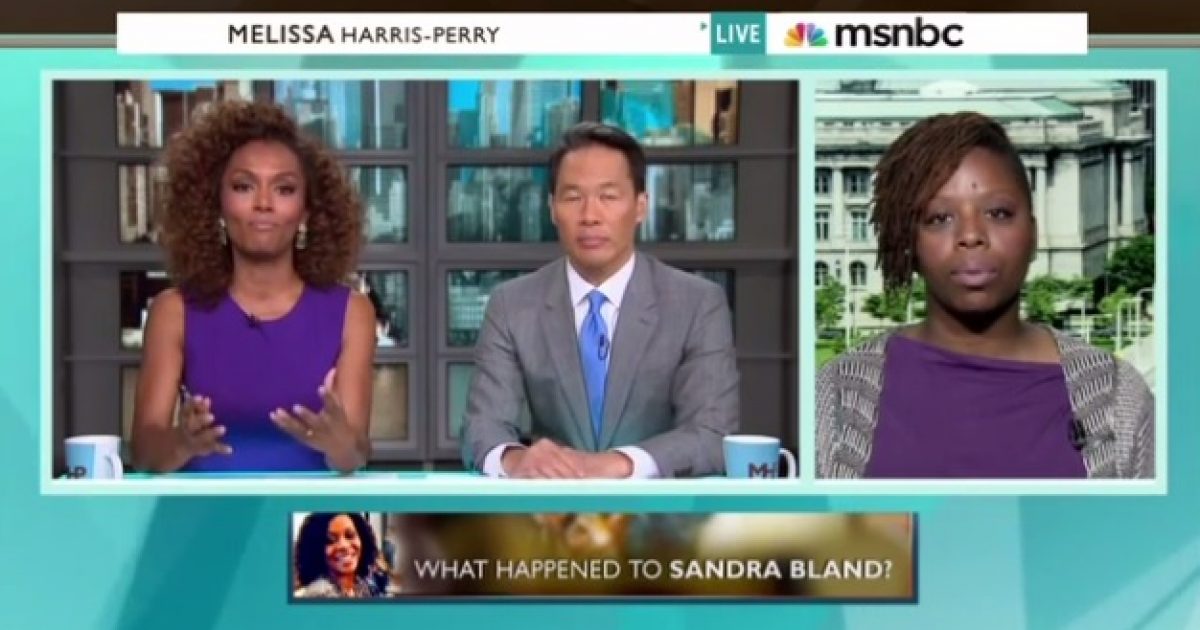 The “Black Lives Matter” movement continues to spread lies and liberal propaganda with absolutely no regard for the truth.

Shades of 1968 and the Days of Rage? Black Lives Matter co-founder Patrisse Cullors has announced that “any opportunity we have to shut down a Republican convention, we will.” Appearing on today’s Melissa Harris-Perry show on MSNBC, Cullors also blithely spoke of “the murder of Mike Brown” in Ferguson, MO.

Neither of the co-guest hosts sitting in for Harris-Perry, Richard Liu and Janet Mock, challenged Cullors’ characterization. This despite the fact that even Eric Holder’s Justice Department found no wrongdoing on the part of the police officer who shot Brown.

Cullors doesn’t care that the “hands up, don’t shoot” exchange never happened. She will continue to misrepresent the Mike Brown shooting to prove a cheap political point. For progressives, the end always justifies the means. They say and do whatever is necessary to rally the black vote every election year, and the media never holds them accountable for their words.

They should change the group’s name from “Black Lives Matter” to “Black Votes Matter.”