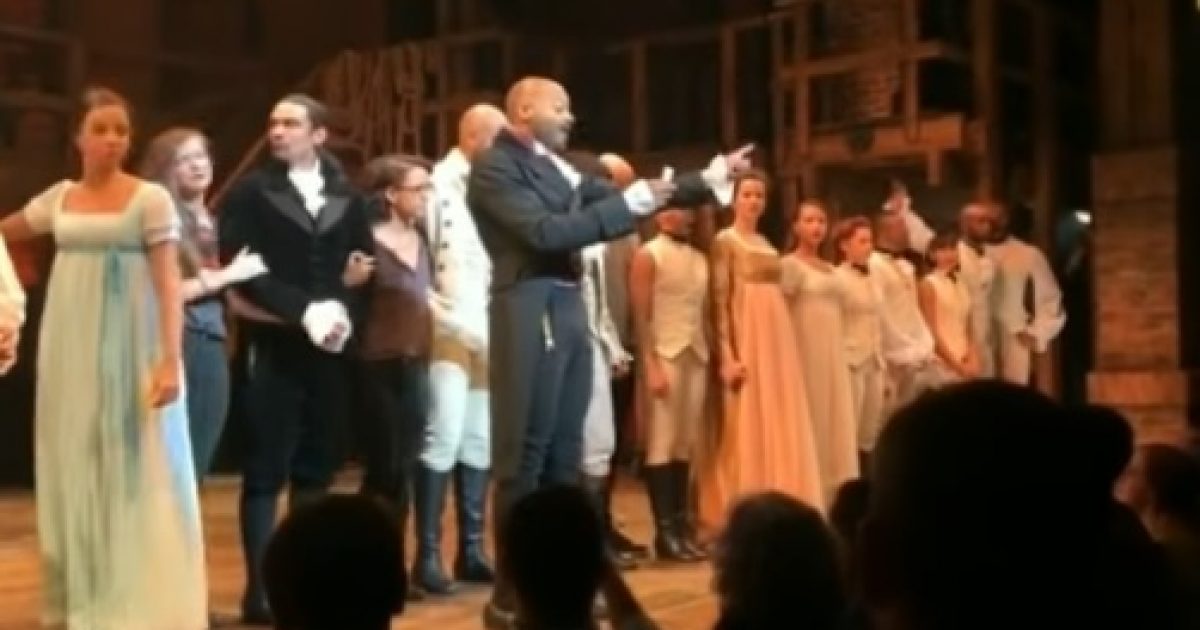 But it’s not the crowd’s reaction that captured the public’s attention. It was the cast. The Hamilton performers knew ahead of the show that Pence would be in the audience, and had drafted an encore performance for the former Governor.

“Vice President-elect Pence, we welcome you, and we truly thank you for joining us here at ‘Hamilton: An American Musical.’ We really do. We, sir, we are the diverse America who are alarmed and anxious that your new administration will not protect us – our planet, our children, our parents, or defend us and uphold our inalienable rights, sir. But we truly hope that this show has inspired you to uphold our American values and to work on behalf of all of us. All of us. Again, we truly thank you for sharing this show, this wonderful American story told by a diverse group of men and women of different colors, creeds and orientations.”

Leftists are hailing the message, while many on the right – including President-elect Trump – have taken issue with the post production performance. What about you? Share your thoughts with us in the comments below!