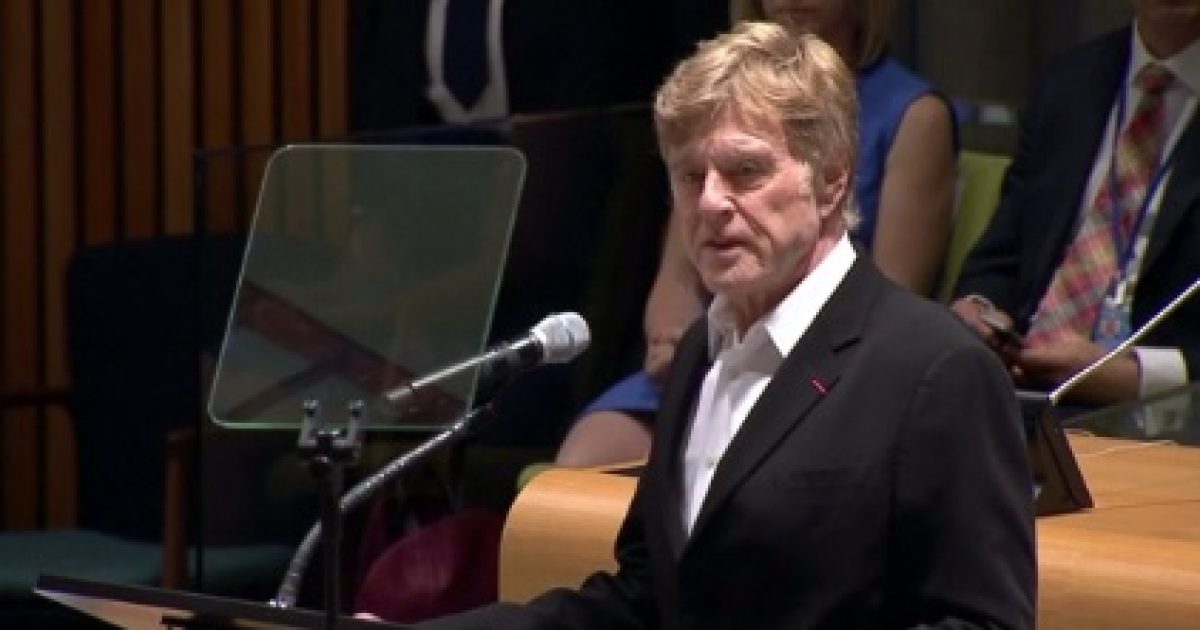 In a truly melodramatic speech, actor Robert Redford urged the U.N. to save the world from climate change “before it’s too late.”

Robert Redford told the United Nations on Monday that negotiations on a global deal to tackle climate change could be the world’s “last chance” to save the planet.

“This December, the world must unite behind a common goal,” said the American actor and producer. “Because look, this is it. This is our only planet, our only life source. This may be our last chance.”

World governments will try to forge a new global accord to address climate change at a UN climate conference in Paris in December, with both developed and developing countries committing to cutting greenhouse gas emissions.

The landmark agreement would limit global warming to 3.6 degrees Fahrenheit (two degrees Celsius) from pre-industrial revolution levels as of 2020.

“We are all responsible for this crisis,” Redford told the gathering. “Your mission is as simple as it is daunting: save the world before it’s too late.”

I would like to invite Redford (and the rest of the eco-hypocrites in Hollywood) to lead by example, by selling his over-sized mansions, and ending his global travel by private jet and SUV.