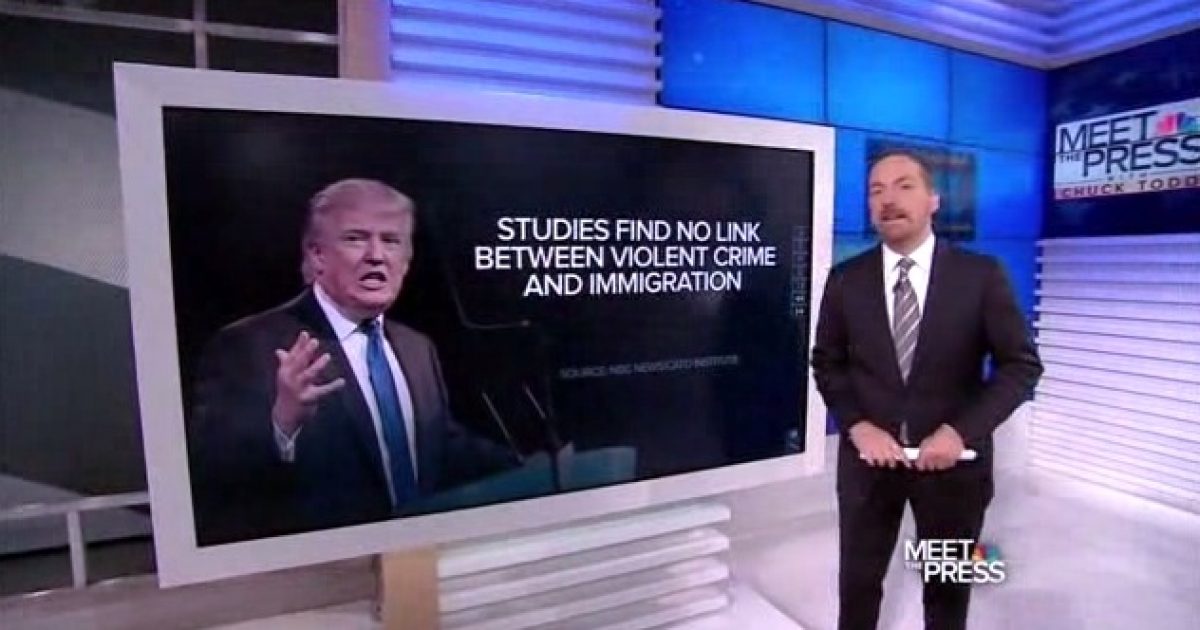 On the heels of Kate Steinle’s tragic murder in San Francisco by an illegal immigrant criminal, and the brutal stabbing of Casey Chadwick in Connecticut by a Haitian immigrant who should have already been deported, the mainstream media is doing somersaults to try and avoid admitting that border security under the Obama Administration is an absolute mess.

Tomorrow, the Judiciary Committee will hear testimony from Americans who lost loved ones to criminal alien violence. On Sunday’s Meet The Press, Chuck Todd made a declaration that would surprise these devastated families: “We couldn’t find a single study that links violent crime and immigration.”

Apparently neither Mr. Todd nor his research staff ever thought to look up the government’s own 2011 report on criminal alien activity, published by the Government Accountability Office.

Breitbart News emailed Mr. Todd and his show to ask why the government’s own data, and a great deal more information, which would have disproven Mr. Todd’s sweeping declaration, was omitted. A staff aid to Mr. Todd replied: “no comment.”

By definition, not one one of these crimes would have occurred absent the immigrant who committed it – in other words, without admitting these individuals, there would have been at least 70,000 fewer sexual assaults, 25,000 fewer slayings, 125,000 fewer robberies, and so forth.

Whether it was incompetence or intentional, Chuck Todd and his staff have an obligation to tell the whole story to his viewers. There is absolutely no excuse for cherry picking information to prove a political point, and passing it off as the news. Government-run media outlets have already tried this throughout history- it was called propaganda.