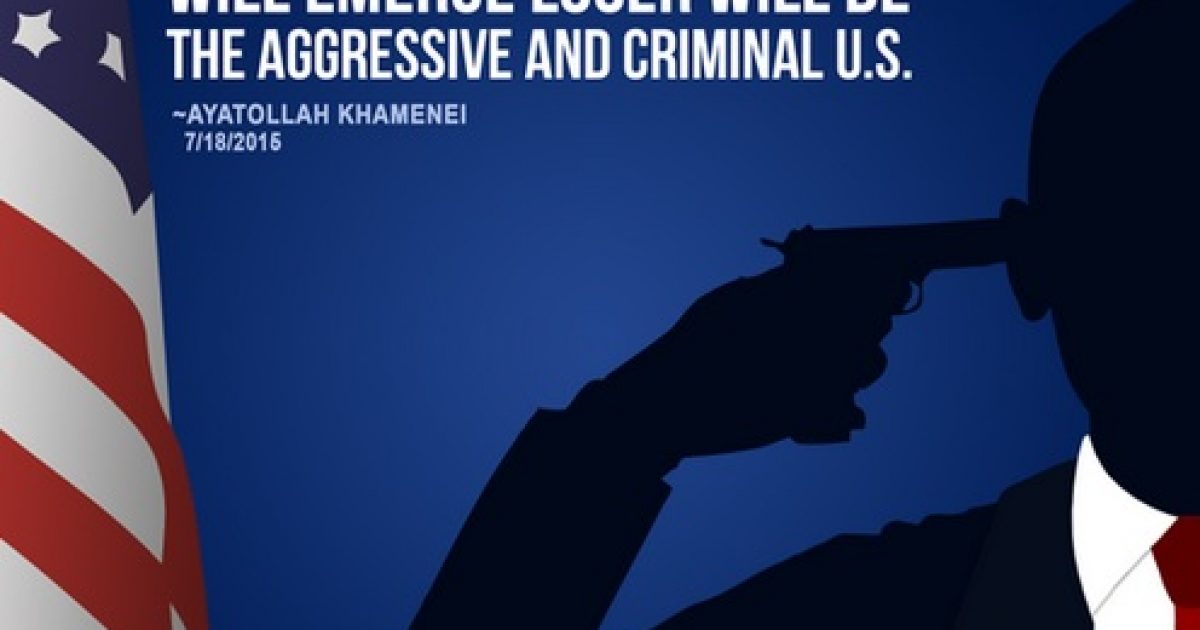 Yes, Ayatollah Ali Khamenei is on Twitter. And he is using the platform to send threatening and disrespectful messages to the United States. His latest tweet was accompanied by a graphic of a silhouette of President Obama with a gun to his head, with text reading: “We welcome no war, nor do we initiate any war. But if any war happens, the one who will emerge loser will be the aggressive and criminal U.S.”

Iran’s supreme leader tweeted a graphic Saturday that appears to depict President Obama holding a gun to his head as Britain relaxed its travel advice to the nation, citing decreased hostility under the Iranian government.

“US president has said he could knock out Iran’s military. We welcome no war, nor do we initiate any war, but..” reads the caption above the tweet sent by Ayatollah Ali Khamenei on @khamenei_ir, his English language account.

The latest tweet on Khamenei’s account mirrors a similar one sent July 17 that didn’t contain an image, but said: “US pres. said he could knock out Iran’s army. Of course we neither welcome, nor begin war, but in case of war, US will leave it disgraced.”

That tweet came just three days after the United States and other world powers reached a historic agreement with Iran that called for limits on Tehran’s nuclear program in return for lifting economic sanctions that have crippled Iran’s economy.

“Aggressive” and “criminal.” Glad to see that diplomacy is working really well.