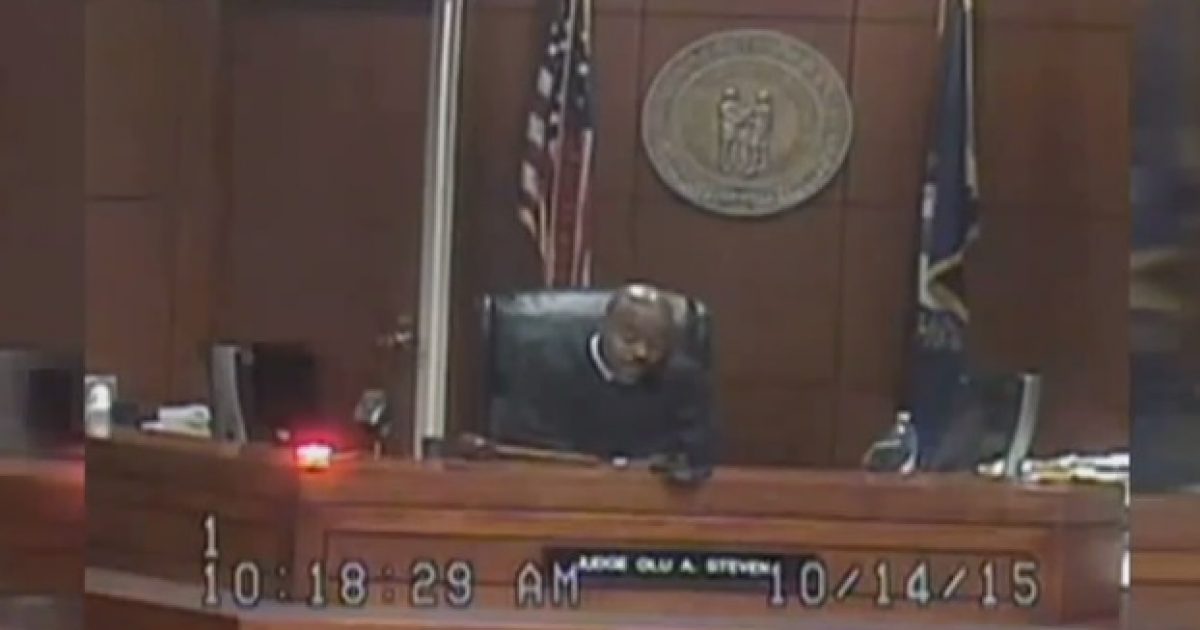 In an effort to prevent a potential opportunity for racial bias, a court judge turned into a racist himself. You just can’t make this stuff up…..

Unhappy with the number of potential black jurors called to his court last week, Jefferson Circuit Court Judge Olu Stevens halted a drug trial and dismissed the entire jury panel, asking for a new group to be sent up. “The concern is that the panel is not representative of the community,” said Stevens, who brought in a new group of jurors despite objections from both the defense and prosecutor.

And this wasn’t the first time Stevens, who is black, has dismissed a jury because he felt it was lacking enough minorities. Now the state Supreme Court is going to determine whether the judge is abusing his power. On Nov. 18, after a 13-member jury chosen for a theft trial ended up with no black jurors, Stevens found it “troublesome” and dismissed the panel at the request of a defense attorney.

The purpose of a judge is to impartially preside over the court proceedings and interpret the law, not to be a social justice and political correctness activist. Not to mention, there is racism implied by the very assumption that white people are incapable of judging impartially because of the color of their skin. A judge, of all people, should be better than this.