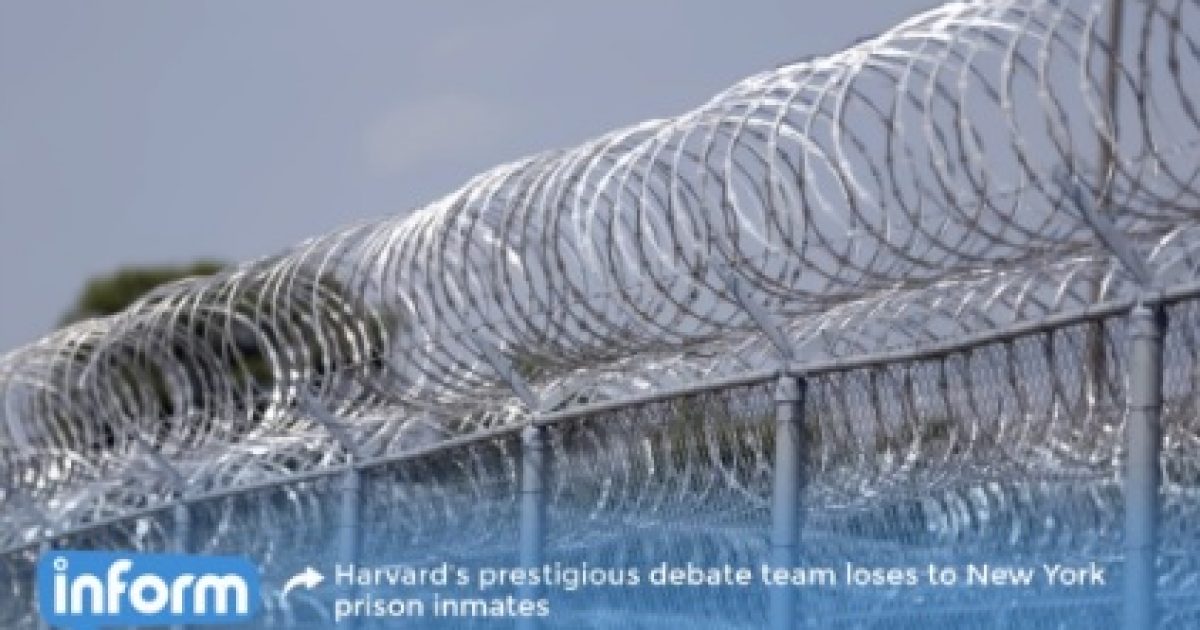 This is really remarkable. The prestigious Harvard Debate Team has officially lost to a group of inmates from the Eastern New York Correctional Facility. No kidding.

Inmates from the Eastern New York Correctional Facility defeated the prestigious Harvard debate team in mid-September as part of the Bard Prison Initiative, a program run by Bard College to provide college education to qualifying prisoners, according to the Wall Street Journal. If you knew the prison debate club’s record, you might have voted for the inmates. They’ve defeated a nationally ranked team from the University of Vermont and the U.S. Military Academy in West Point, New York. (They lost a rematch against West Point, and it’s become something of a rivalry.)

…Inmates face any number of challenges preparing for debate, including a lack of access to the Internet and a requirement for prison administration approval of necessary written materials, which can delay access to information. But they have perspective that college students on the outside may not have. They know their Bard education is an opportunity most inmates do not have, and they know it can be life-saving.

The Bard Prison Initiative, which has 300 students enrolled across New York state, reports that less than 2% of its formerly imprisoned students return to prison. By comparison, nearly 68 out of every 100 prisoners across the country are rearrested within three years of release, with more than half returning to prison.

While nobody can erase the actions of the past, it is inspiring to watch a group of people taking control of their futures and empowering themselves to be productive members of society. Through education, there is hope and opportunity, and the Bard Prison Initiative is proof of that.