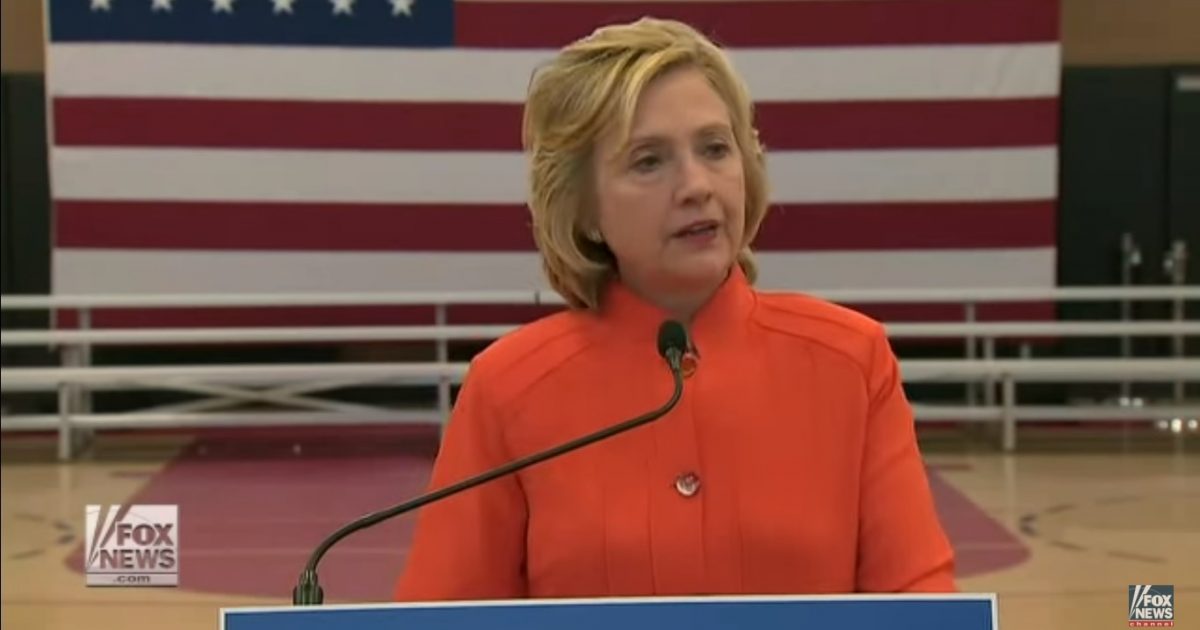 “Yes, I should have used two email addresses, one for personal matters and one for my work at the State Department. Not doing so was a mistake. I’m sorry about it, and I take full responsibility.”

For months, Hillary Clinton’s camp has said her use of a private server to conduct federal business was something perhaps she shouldn’t have done, but it didn’t violate the law in any way. Not only was that an outright lie, but now we learn Hillary signed a government NDA which completely prohibited her from maintaining any public information via a private source.

On January 22nd, 2009, Hillary Clinton signed a Non-Disclosure agreement, or NDA, where she agreed to protect highly classified information, and a failure to do so could result in criminal prosecution.

“I have been advised that any breach of this Agreement may result in my termination of my access to SCI (Sensitive Compartmented Information) and removal from a position of special confidence,”  the NDA reads.

“I have been advised that any authorized disclosure of SCI by me may constitute violations of United States criminal laws, including provisions of Sections 793, 794, 798 and 952, Title 18 United States Code…”  These are provisions of the Espionage Act, and as Fox recently reported, 18 USC 793 subsection (f) is of special interest to the FBI investigation as it includes “gross negligence” in the handling of national defense information.

The NDA was first obtained through a federal lawsuit under the Freedom of Information Act by the Competitive Enterprise Institute, or CEI, which says on its website that it is a “…non-profit public policy organization dedicated to advancing the principles of limited government, free enterprise, and individual liberty.”

Using a private server to conduct government business was in clear violation of the NDA Hillary signed, and subjects her to prosecution under the Espionage Act. Being a seasoned lawyer and public servant, Hillary would have been very aware of the ramifications of signing this NDA – but still had no problems violating it.

Does she really think she’s that far above the law? (That’s a rhetorical question, by the way.)

Are we to believe Hillary saying she’s “sorry” and “takes full responsibility” for her actions makes everything better? This isn’t a third grade confidence she whispered to the bully on the playground at recess. Hillary Clinton put our national security at risk. If she really wanted to take responsibility, she could have turned over the server before it was wiped clean. But it’s not too late. There’s still one thing she can do. Hillary can withdraw from the Presidential race – because traitors never make for good Presidents.