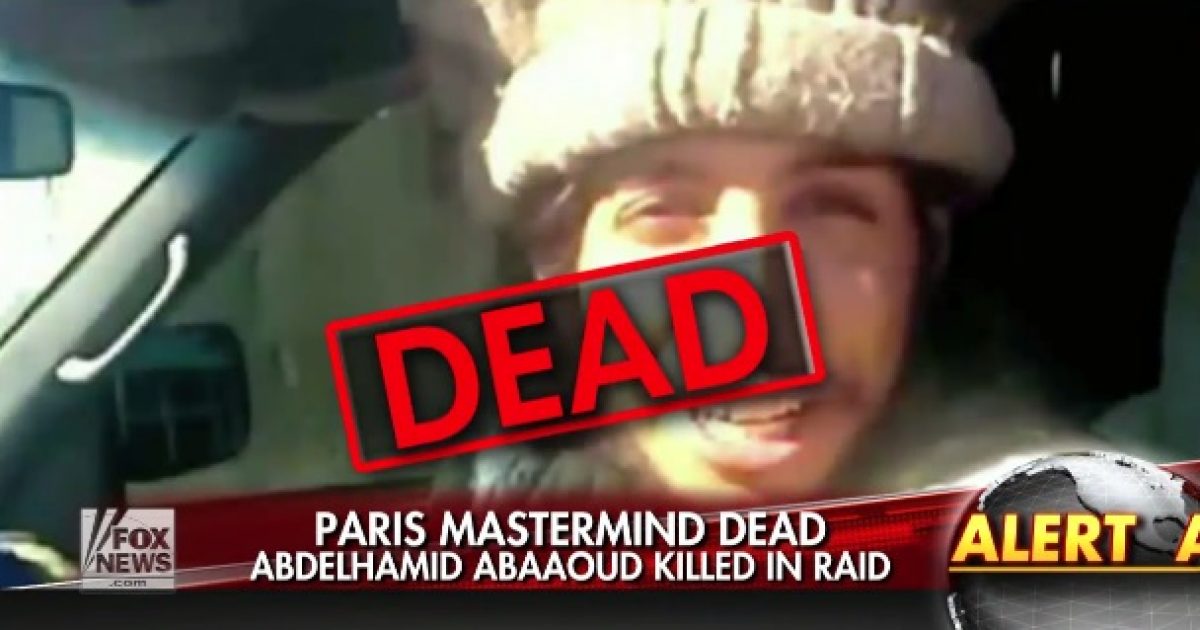 It has been officially confirmed that the believed chief orchestrator of the Paris terror attacks -along with multiple other terror attempts- was killed in an apartment raid by French police.

The man suspected of ringleading last Friday’s Paris attacks that killed 129 people, who bragged that he could always stay one step ahead of Western intelligence, was killed in the police raid north of Paris Wednesday. Officials also confirmed that his cousin was killed, when she apparently blew herself up.

Abdelhamid Abaaoud, 27, also had been linked to as many as four thwarted attacks since this spring, including the plot to kill passengers on a Paris-bound high-speed train in August, a plot that three young Americans helped foil. He was identified from skin samples after the Saint-Denis raid, the French prosecutor’s office reported Thursday.

Abaaoud had claimed he successfully moved back and forth from Europe to Syria coordinating terror attacks, and narrowly escaped a January police raid in the Belgian city of Verviers. “Allah blinded their vision and I was able to leave… despite being chased after by so many intelligence agencies,” he told the ISIS magazine Dabiq.

While the first words that come to mind for me are “good riddance,” French President François Hollande has explained his position on fighting ISIS much more articulately. Quoted in The Washington Post, Hollande explained:

“We are at war against terrorism, terrorism which declared war on us,” Hollande said at a meeting of French mayors. “It is the [Islamic State] jihadist organization. It has an army. It has financial resources. It has oil. It has a territory.”

“It has allies in Europe, including in our country,” he continued, “with young, radicalized Islamist people. It committed atrocities there and wants to kill here. It has killed here.”

The French still have a big problem on their hands. A history teacher at a Jewish school in Marseille was stabbed by 3 attackers this week, one wearing an Islamic state t-shirt.