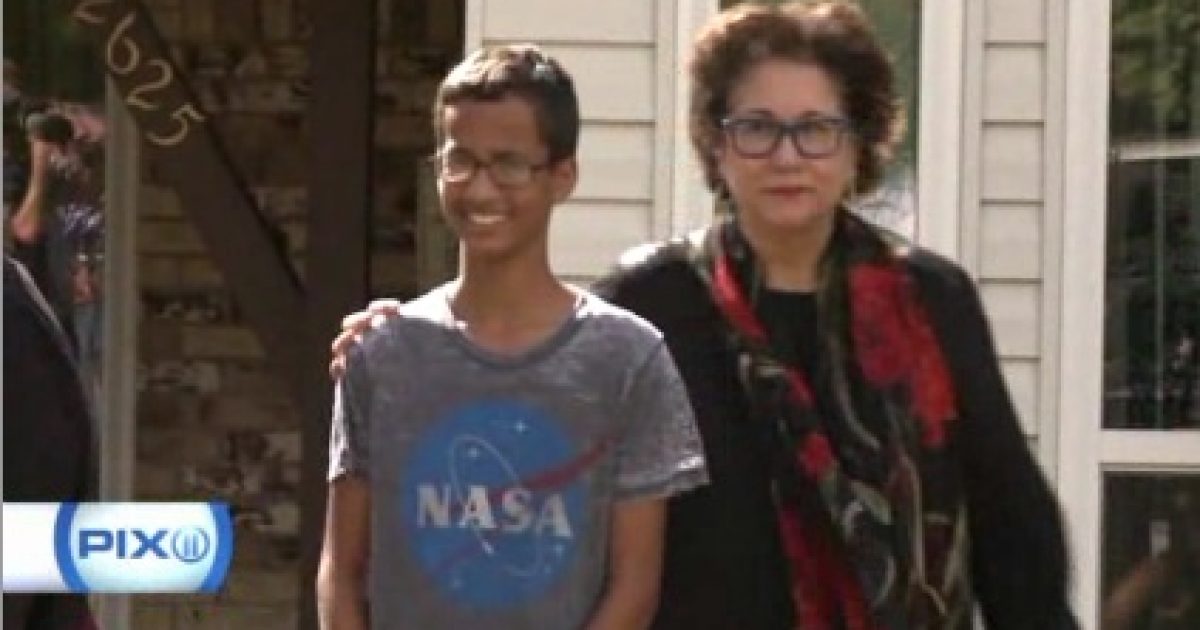 The family of the so-called “clock boy” is taking a page out of the Al Sharpton book of shakedown artistry, threatening to sue the child’s old school district and city for a combined $15 million.

The family of “Clock Boy”Ahmed Mohamed demanded a total of $15 million dollars from the City of Irving and the Irving Independent School District or else they will file a lawsuit.

Lawfirm Laney and Bollinger sent the City of Irving and Irving ISD letters demanding they pay the family $10 million from the City of Irving and $5 million from Irving Independent School District for damages it claims Ahmed and the family suffered following the teen’s arrest in September, KDFW 4 reported. Otherwise, they will sue. The family also wants an apology from the Irving Mayor Beth Van Duyne and Irving Police Chief Larry Boyd.

Mohamed is the 14-year-old teenager arrested for bringing to class what school officials and police believed was a “hoax bomb.” No charges were filed once the situation sorted itself out, but the high schooler served three days of suspension before his family withdrew him from Irving ISD and relocated to Qatar where Mohamed accepted a full scholarship to attend a Qatar Foundation school, which Breitbart Texas reported.

Qatar is run by Sharia Law and has a deplorable human rights record. It’s no wonder the family wants to move back.

From what I know about Texas, it doesn’t seem they take kindly to threats down there…. I say the school district and the city should call the Clock Family’s bluff. They want $15 million? Come and take it.

The school has kept relatively quiet to-date, and we would probably learn a lot more new and interesting information if a lawsuit were to move forward.