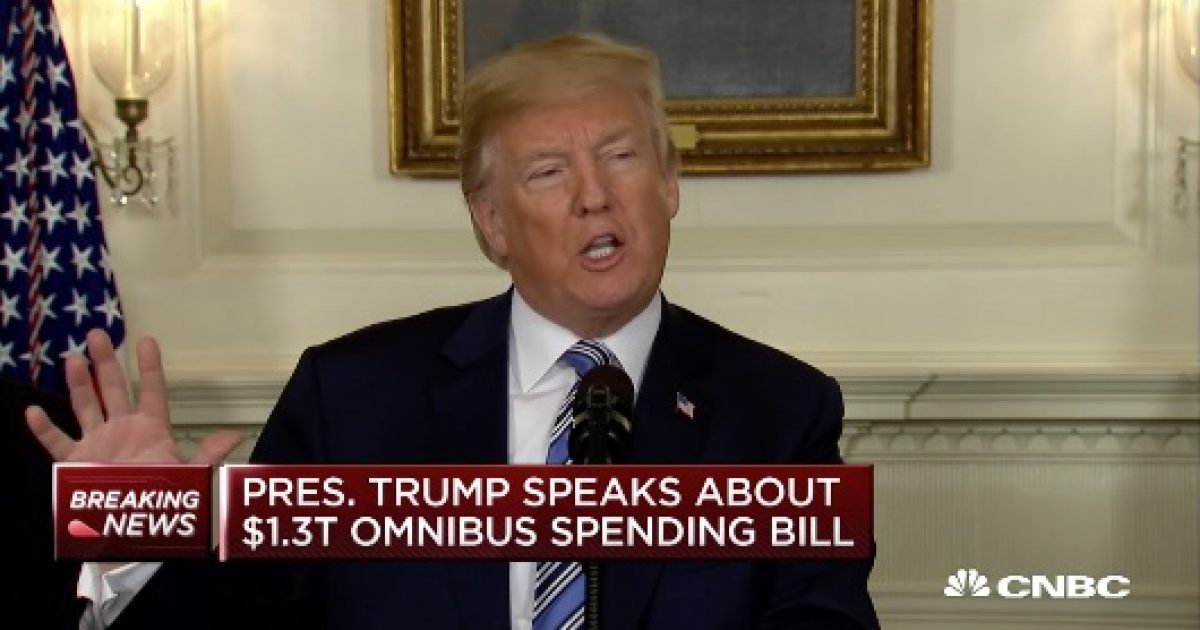 Congress is thinking about cutting back on the recently passed $1.3 trillion Omnibus spending bill.

Facing significant criticism for the huge spending bill, Congress and President Trump are contemplating a way to cut spending via a provision from the 1974 Congressional Budget and Impound Control Act.

Congress is considering letting President Donald Trump roll back some of the just-passed $1.3 trillion federal spending package, as Republicans in the House and Senate home on spring recess are getting hammered politically by conservatives for having approved the big spending bill.

President Trump complained about the spending in the Omnibus but he signed it because of the need to increase funds for the military.

Trump slammed the rushed process to pass the more than 2,200-page bill released only Wednesday. Standing near the pile of documents, the president said he was “disappointed” in the legislation and would “never sign another bill like this again.”

A simple majority vote in the House of Representatives and the Senate would put the spending reduction bill on the president’s desk for signature.

Government spending and the soaring debt is a huge issue for Republican voters and Congress must cut spending if they want to energize the conservative base for the midterm elections.