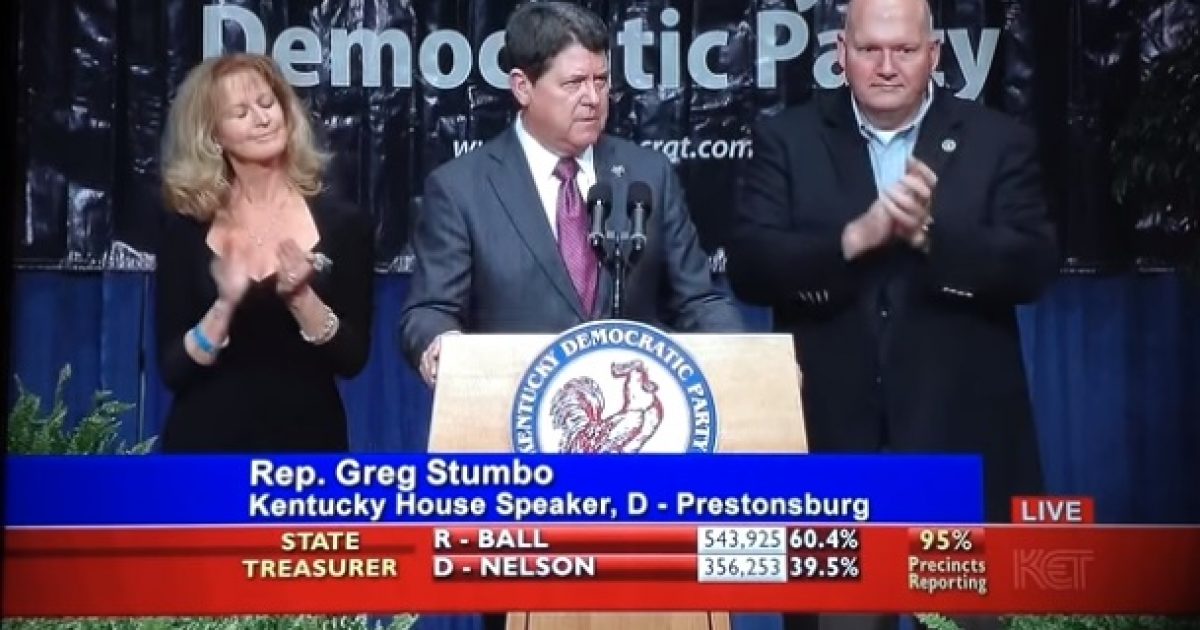 Kentucky House Speaker Greg Stumbo gave a bizarre speech to Democrats last night that sounded more like a parody character from Saturday Night Live than an actual person. Without getting too dramatic, let me just say- it’s hard to believe this speech actually happened.

Here are some tidbits made during the speech, just to give you a sense of it (and no, hearing them in context doesn’t help make sense of it all):

Kentucky’s Democratic House Speaker Greg Stumbo stumbled Tuesday night following big Republican victories, giving a bizarre speech covering Jesus, religion and the Bible and remarking that Mary “did not ride an elephant into Bethlehem” before giving birth to her son.

The Federalist‘s Mollie Hemingway reported on the odd moment that did not appear to be received well by the assembled Democrats, who offered muted applause to his remarks. He made his comments following a devastating night for Kentucky Democrats, as Republican Matt Bevin won a surprising victory for the governorship, and Republican Jenean Hampton became Kentucky’s first African American to hold statewide office with her lieutenant governor election.

Watch the weird ramblings for yourself here: