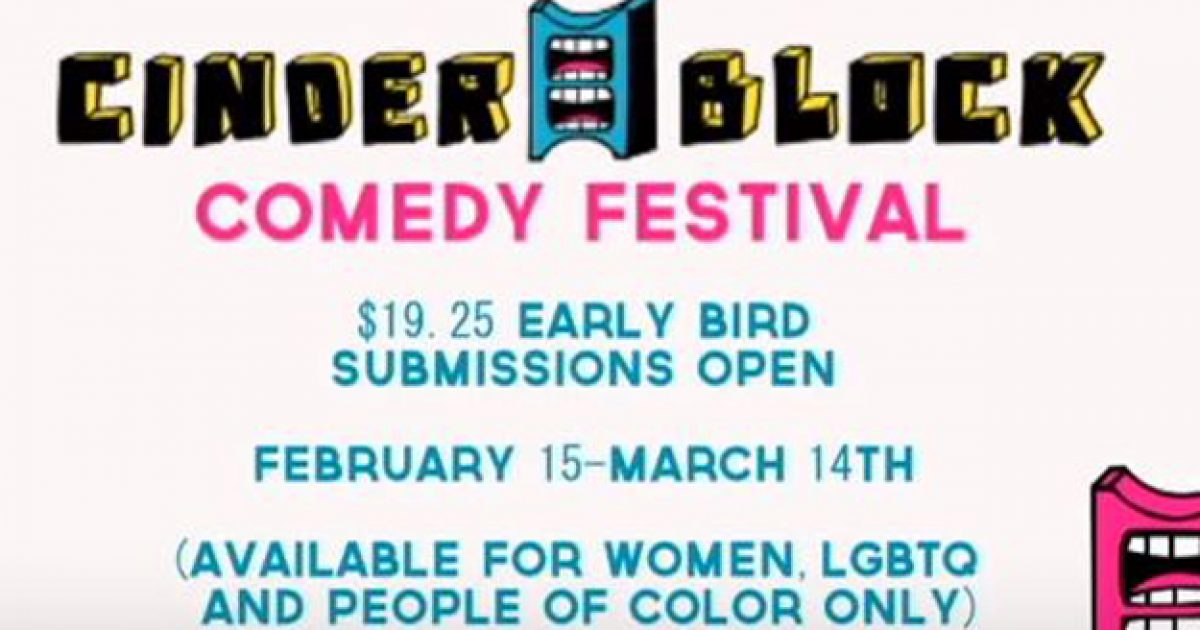 A comedy festival in Brooklyn is charging a discount for women, LGBT, and people of color only. White dudes need not apply!

If this is supposed to be a joke, I am still waiting for the punchline.

According to CBS News:

The upcoming Cinder Block Comedy Festival is currently only accepting submissions from women, non-white applicants and members of the LGBTQ community — a move they say is an effort to curate a diverse lineup of performers.

“Having a token LGBTQ person of color woman, in a sea of white bearded men is not diversity,” the group proclaims in a video on the comedy festival’s website. “As an audience you deserve more than one point of view.”

The early-bird submission, running from Feb. 15 to March 15, also allows applicants to pay a cheaper fee of $19.25. All other submissions, including ones from what festival organizers call “token bearded white dudes,” run from March 15 through April 15, with applicants paying a $25 submission fee.

ICYMI: @CinderBlockFest is charging women, LGBT & people of color $.77 on the dollar less then dudes to EB submit 🙂 https://t.co/6cFmrsgHQr

….because the best way to preach tolerance and inclusiveness is obviously to systematically exclude a group of people based on how they look. (now THAT’s a joke!)