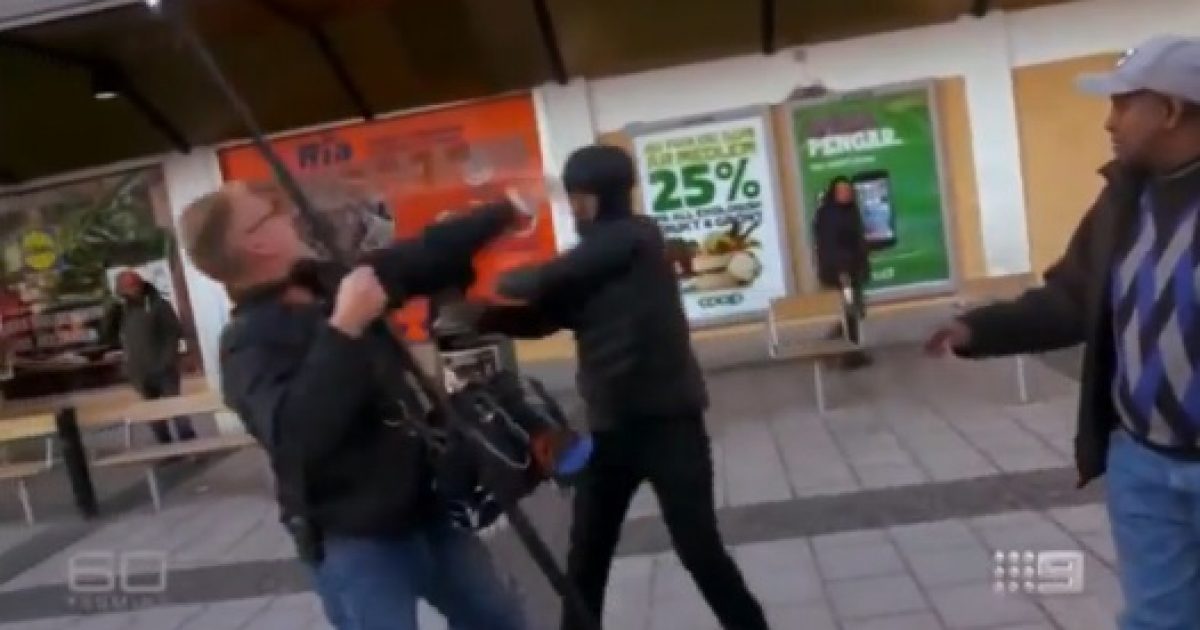 Remember when a 60 Minutes camera crew was attacked by masked men while reporting on the refugee crisis in Sweden? Video of the incident has finally been aired to the public.

60 Minutes Australia finally aired its footage three weeks after an incident in which its film crew was attacked by a group of masked men in Sweden. The crew was filming in the predominantly immigrant district of Rinkeby in the capital city of Stockholm. Immediately upon arriving they were confronted by a group of men in a car, who deliberately drove into the cameraman.

… At first things appear to be running smoothly, with the locals acting friendly towards the crew and giving their life stories. But after the police left, young men masking their faces ran up and began harassing them. One of the men begins by throwing a large rock at the cameraman. The same man then kicks and throws a punch at the boom operator. A second man tries to rip a still photographer’s camera out of his hands.

This frightening incident drives home the importance of border control here in the United States. Thanks to political correctness and loose border security, parts of Sweden are turning into conflict areas.

Sweden enacted stricter border policies at the start of 2016, but is it too little, too late?

You can watch the frightening 60 Minutes clip below: