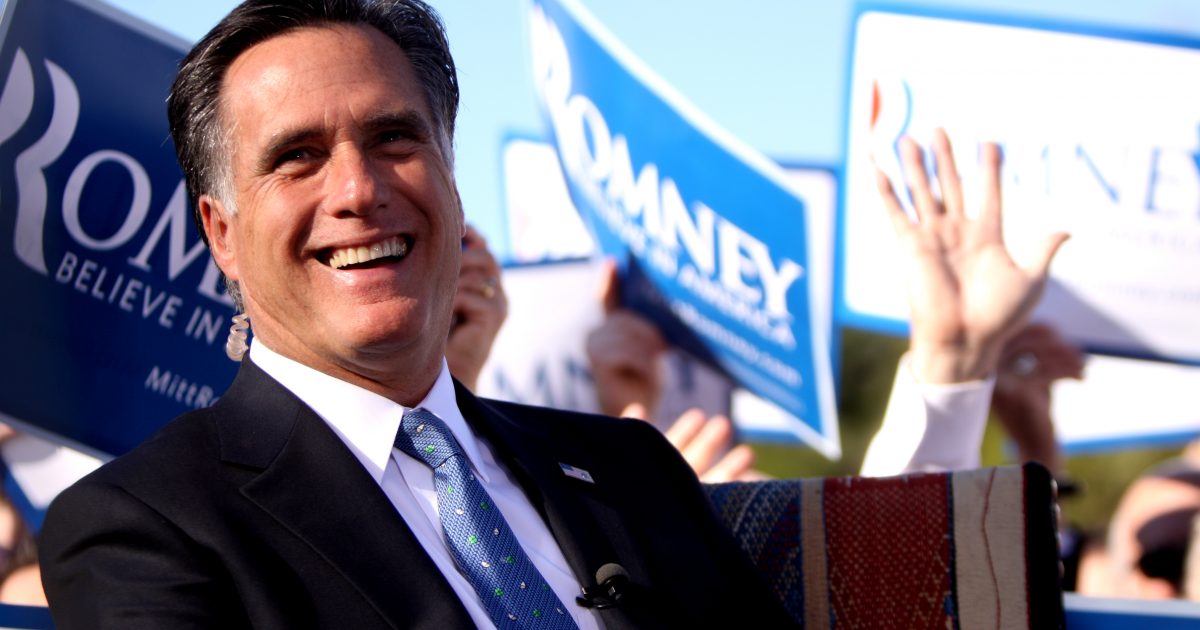 To the delight of Trump supporters and dismay of his detractors, it appears the search for a conservative alternative to run as an Independent against Trump in the November election has effectively come to an end. Former Massachusetts Governor Mitt Romney had been an outspoken advocate for a “Never Trump” candidate, and was widely speculated to be in contention for the job.

However, earlier this week, a source close to the former Governor said the search is over. From CNN,

Mitt Romney won’t launch a third-party presidential campaign of his own and has stopped trying to recruit somebody else to do it.  The 2012 Republican nominee had attempted to recruit a challenger to Donald Trump and Hillary Clinton. But prospects like Nebraska Sen. Ben Sasse said no, and Romney is now dropping his efforts, a source familiar with Romney’s thinking told CNN. The news was first reported by Yahoo News.

It’s the latest blow to the “Never Trump” movement — a group of conservatives led by Romney, blogger Erick Erickson and The Weekly Standard editor Bill Kristol — to find an alternative to Trump.  Romney still hopes a candidate will emerge. But an adviser to the “Never Trump” efforts confirmed Tuesday night that the efforts are looking grim.

Part of the challenge, a key “Never Trump” official said, is that prospective candidates need to hear a campaign plan that involves money, staffing, viability, key states to target and a plan to get onto the presidential debate stages. But the people making the pitches, the official said, “aren’t campaign managers. They’re writers, activists and politicians. You need someone to say, ‘this is how I’d make this real.’ The odds remain low.”

Though many conservative bloggers and grassroots activists may desperately desire a Trump alternative, the funding, strategy, and staffing simply isn’t coming together. This news will come as a delight to RNC Chairman Reince Priebus who dubbed the #NeverTrump movement a “suicide mission” on Fox News Sunday:

“They can try to hijack another party and get on the ballot, but, look, it’s a suicide mission for our country because what it means is that you’re throwing down not just eight years of the White House but potentially 100 years on the Supreme Court and wrecking this country for many generations.”

Are you encouraged or disheartened by this news? Do you agree with Mr. Priebus? Let us know in the comments below!