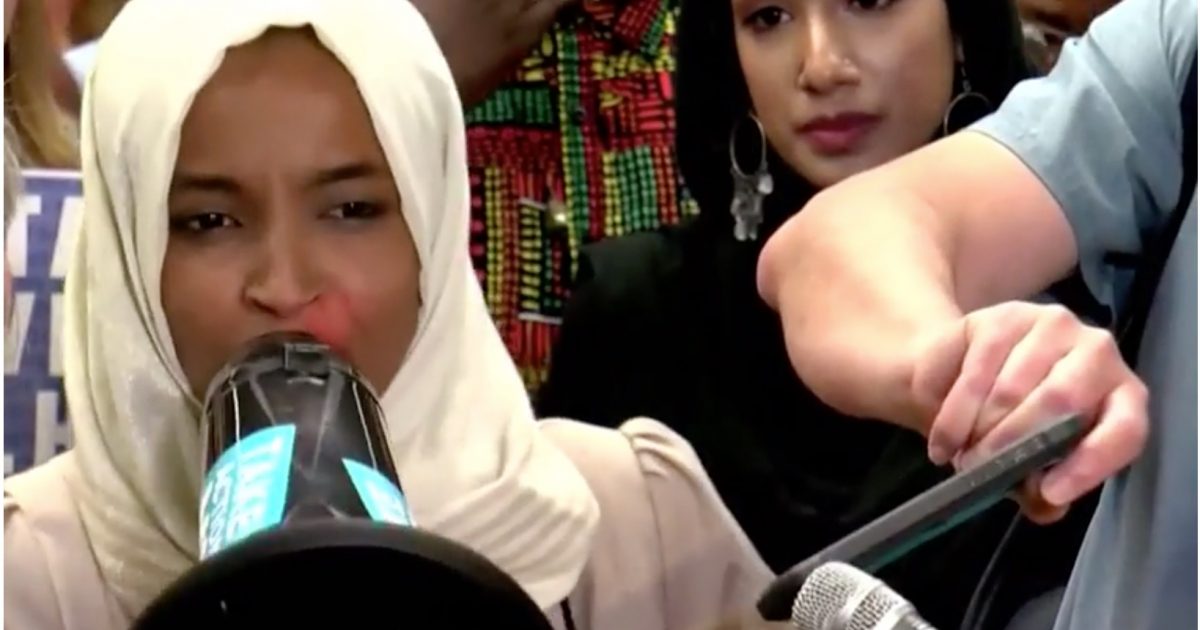 Omar made the statement to a crowd of supporters that met her at the Minneapolis-Saint Paul Airport (watch video).

Omar’s reception and verbal attack against the president follows a North Carolina rally where the crowd chanted “send her back.”

While talking to the media in the Oval Office, President Trump said he was not pleased with the “send her back” chant at the rally.

President Trump responded to Omar’s airport reception in a Tweet:

….Mainstream Media, which has lost all credibility, has either officially or unofficially become a part of the Radical Left Democrat Party. It is a sick partnership, so pathetic to watch! They even covered a tiny staged crowd as they greeted Foul Mouthed Omar in Minnesota, a…

Omar’s decision to pick a fight with President Trump will backfire on Democrats.

The more Omar and the other extremist freshmen Democrats appear in the media the more it’s going to remind voters about the radical nature of the Democrat Party.