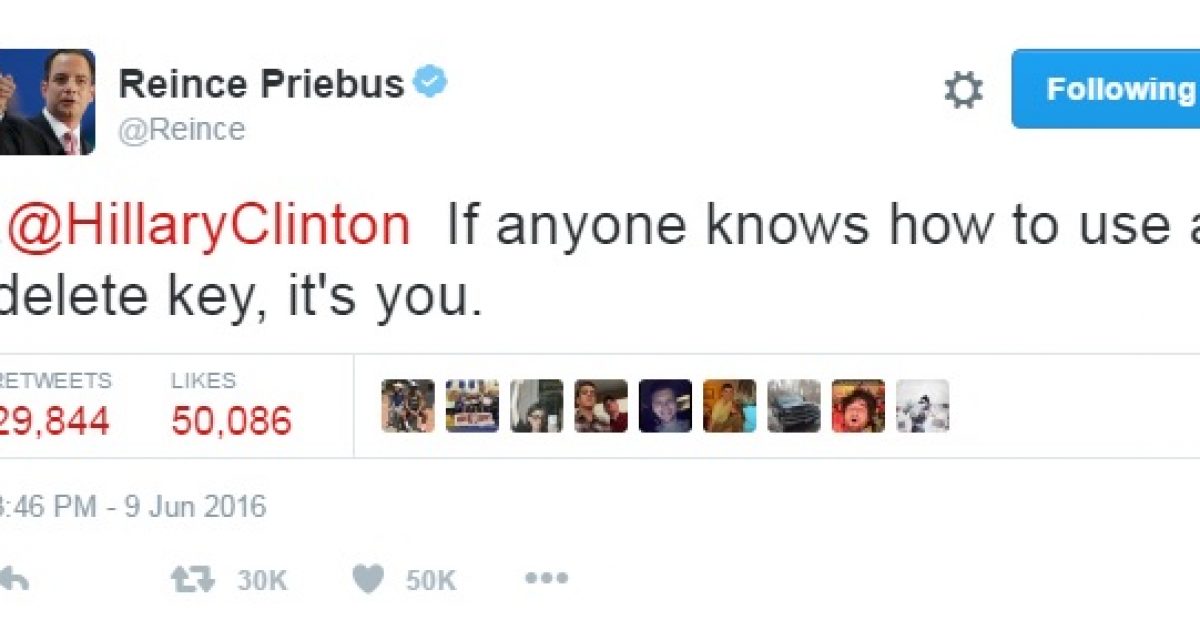 This Twitter war pretty much summarizes the 2016 presidential race:

Obama just endorsed Crooked Hillary. He wants four more years of Obama—but nobody else does!

.@HillaryClinton If anyone knows how to use a delete key, it's you.

Pocahontas is at it again! Goofy Elizabeth Warren, one of the least productive U.S. Senators, has a nasty mouth. Hope she is V.P. choice.

And we haven’t even made it to the conventions yet! This election cycle will be many things, but boring is not one of them.