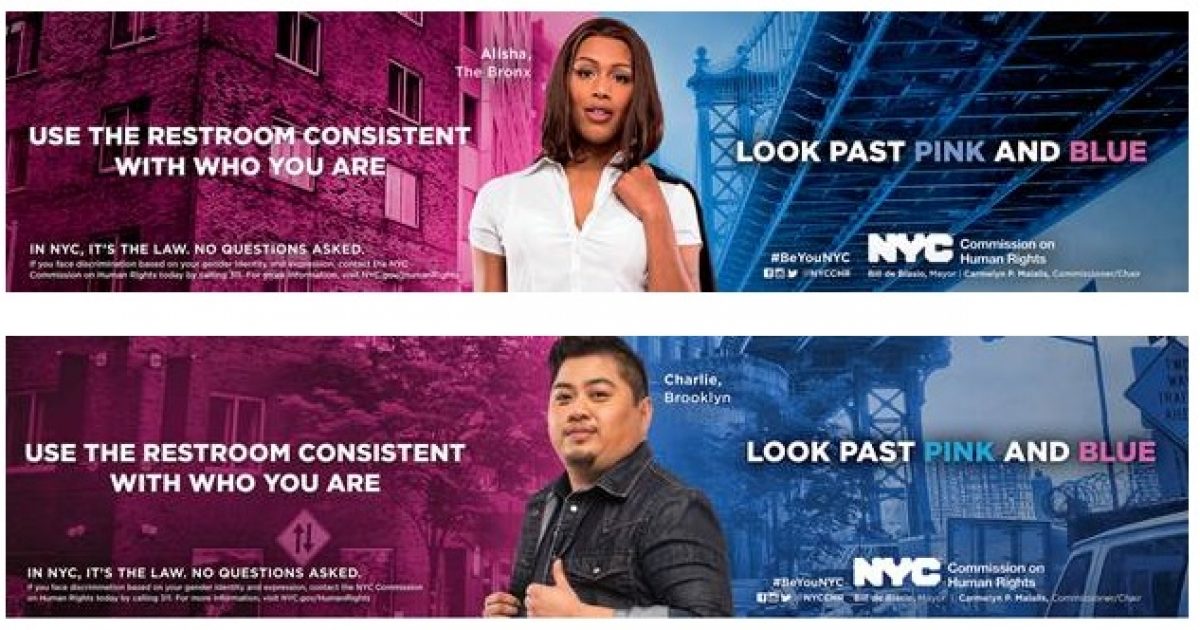 The new ads feature transgender New Yorkers and appear in the subway, bus shelters, phone booths and in a variety of media outlets — including ethnic and multilingual publications. The ad campaign launched to kick off LGBTQ Pride Month. “Use the restroom consistent with who you are,” the ad says. “Look past pink and blue.”

The ad campaign will cost approximately $265,000, a spokesperson in the mayor’s office confirmed to TheBlaze.

“While other cities and states are legislating intolerance and taking away individuals’ right to use bathrooms consistent with their gender identity, we are proudly standing with our transgender and gender non-conforming New Yorkers,” de Blasio said in a statement.

This seems like a complete abuse of taxpayer money. Clearly, this campaign is nothing more than a $265,000 pat on Mayor de Blasio’s progressive back. This money could have gone to fixing roads or investing in public schools. Instead, it’s being used for a political statement. What a waste.