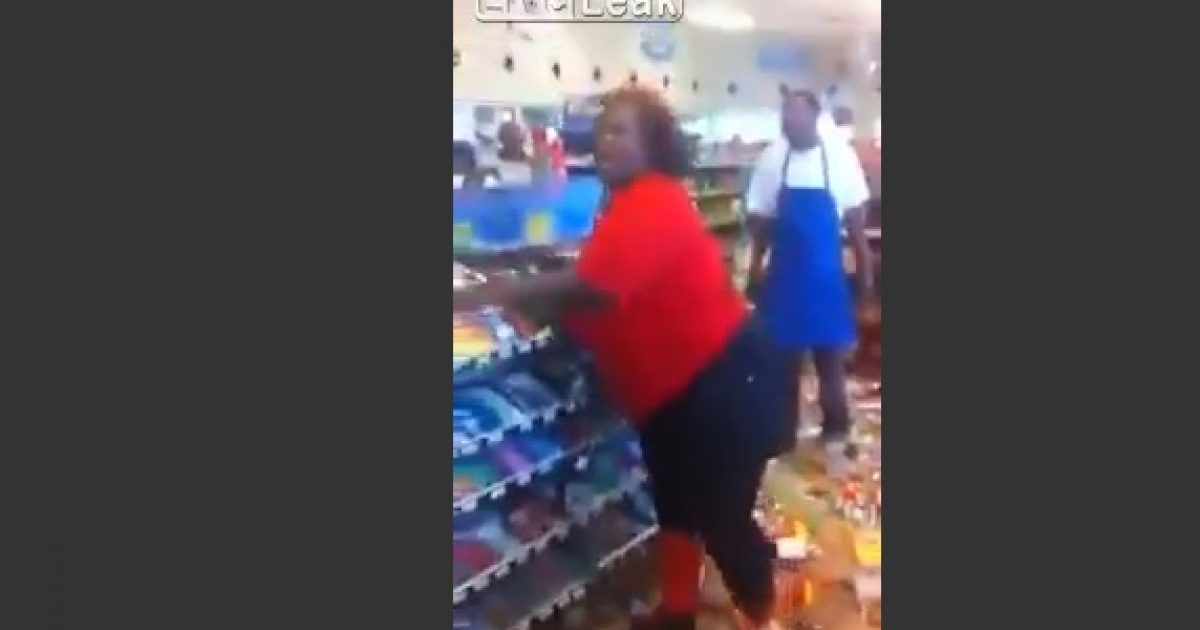 A large woman destroyed a convenience store after having her food stamp benefits card declined, according to a video uploaded to Live Leak Thursday.

… The food stamp program is the largest food assistance welfare service in the country. The Department of Agriculture (USDA) administers the program in coordination with state agencies. The USDA estimates the program has increased from 17 million participants in 2000 to nearly 47 million in 2014.

This is what generations of progressive entitlement politics produces: angry, violent individuals who believe the world owes them something.

It is unacceptable to damage an innocent small business simply because you are having a bad day. This woman should either be ashamed of herself, or seek treatment if she is suffering from mental illness.